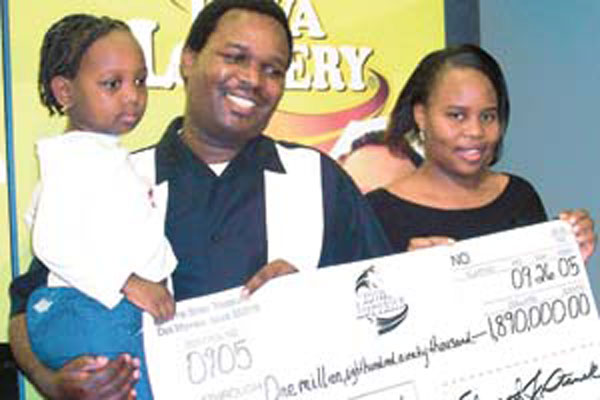 Kenyans with American citizenship and dreams of life-changing riches have a chance at winning the record $948.9 million jackpot, the largest in US history.

Eleven years ago, a Kenyan won the Iowa State’s Hot Lotto on the same day he took the oath of citizenship.

“It’s almost like you adopted a country and then they netted you $1.8 million,” Bittok told BBC on September 26, 2005 when he was cashing in his winning ticket.

“It doesn’t happen anywhere – I guess only in America.”

Americans on Saturday flocked to buy lottery tickets after the organizers announced the winning numbers just before 0400 GMT.

No winner has yet been announced, but one person could take home a lump sum of $558 million before taxes, they said.

The jackpot began on November 7, but rolled over a surprising 19 times before Saturday.

The Powerball prize skyrocketed from $800 million on Friday, fuelling excitement across the US.

Saturday’s prize shatters the previous record for a US lottery jackpot of $656 million, scooped up by three winning tickets in North Carolina, Puerto Rico and Texas in March 2012.

In the Powerball lottery, which takes place each Wednesday and Saturday at 10:59 pm (0359 GMT), five white balls are drawn from a drum containing 69 balls. One red one is pulled from a drum with 26.

To win the jackpot, a ticket holder has to match all the numbers on the six balls selected.

The winner can choose to be paid the full jackpot in annual installments over 29 years — or take a lower one-off payment in cash.

Kenyans in US stand chance of winning record Sh96.5 billion jackpot Reviewed by samrack on January 10, 2016 .