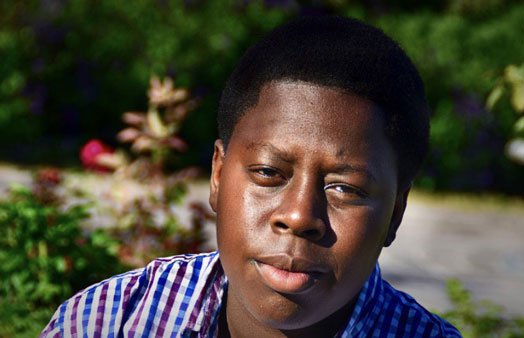 Derek Onserio, the American boy with Kenyan roots, who has been accepted for admission by the eight most prestigious universities in the US. PHOTO | COURTESY

It could be luck, a miracle, being a genius or all of the above that have made Derek Onserio, an American boy with Kenyan roots, a sensation in the US.Applying for admission in all the eight most prestigious universities in the US and getting accepted by each one of them, is no mean feat, and when the family spoke to the Sunday Nationthis week, the reality of the achievement that was covered in the US media was yet to sink in.Joining Harvard, Yale, Columbia, Brown, Princeton, Cornell, Dartmouth, and the University of Pennsylvania — the so-called Ivy League schools — is considered a privilege as competition is stiff.Each of the universities receives thousands of applications. Harvard, for instance, received 39,506 requests in January this year.After sifting through all the applications to select those who will join, only 2,056 made it to the university, according to results released on March 30. Derek was one of them.As if that was not enough, Derek secured an admission to all the other Ivy League schools, which released their admission results concurrently.CELEBRITY STATUSTeachers at his former school advise learners to apply to a few but he decided to try his luck and sent a request to all of them. Most are ready to have him study for four years without paying fees.This has made him the most-sought-after boy in the state of Minnesota where he was born 17 years ago.When his father Joshua Onserio spoke with the Sunday Nation on the phone on Thursday, Derek was on a television interview together with Todd Flanders, the headmaster of his former school, Providence Academy.After Derek’s achievement was featured in the Star Tribune, the largest newspaper in Minnesota, he has gained celebrity status.“We have received more than 200 calls to congratulate us,” said Mr Onserio, noting that Derek had been interviewed by three local radio stations and was about to go to one more after finishing the TV session.“For his success, we thank God. We don’t take credit; we thank God that he was accepted to the Ivy League schools,” added Mr Onserio.PRAYER AND HARD WORKFor Derek, prayer and hard work have been key and helped him to score straight As in senior high school.“I see prayer as one of my secrets to success. Before every test I took and every application I submitted, we prayed. And I think that was very valuable,” he told the Sunday Nation on the phone.His father is a staunch Seventh-Day Adventist who, ever since he moved to the US in 1990, has kept up the church-going tradition he learnt when growing up in Nyangoso, Kisii County. He inculcated the same values in his children.Mr Onserio is in the council of elders at the Minnetonka SDA Church, and Derek is a deacon.Derek is the only son of Mr Onserio and his wife Euniah and is the third born of the couple’s four children. His two elder sisters have also exceeded expectations in admission to colleges.“His sister, aged 19, was also accepted by five Ivy League schools. She’s at Harvard. Also, their elder sister, who is 20, was accepted by three of them,” said Mr Onserio.At the moment, Derek’s headache is settling on one of the eight. He has up to May 1 to make up his mind.

Talk to Nairobi News :
TEEN WITH KENYAN ROOTS THE LATEST US SENSATION FOR IVY LEAGUE SCHOOLS FEAT Reviewed by samrack on April 23, 2017 .

Share thisFacebookTwitterPinterestEmailWhatsAppDerek Onserio, the American boy with Kenyan roots, who has been accepted for admission by the eight most prestigious universities in the US. PHOTO | COURTESY TEEN WITH KENYAN ROOTS THE LATEST US SENSATION FOR IVY LEAGUE SCHOOLS FEAT It could be luck, a miracle, being a genius or all of the above that