Kenya’s Mary Keitany is the new women’s marathon world record holder after smashing the old mark with an incredible performance at the London Marathon on Sunday. 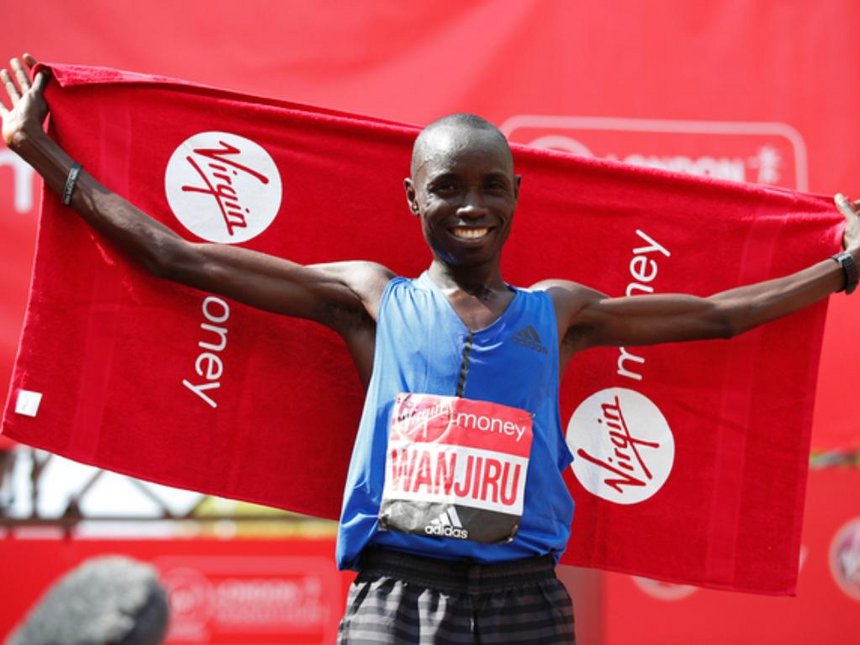 It was a double victory for Kenya on the London course with 24-year-old Daniel Wanjiru holding off Ethiopia’s great long distance runner Kenenisa Bekele to win men’s race.

Wanjiru recorded the greatest win of his career winning in an unofficial time of 2hrs 5min 48sec.

Bekele came in second after recovering from a poor patch mid-race to come roaring back in the final eight miles, but ultimately fell just short.

In the women’s race, Keitany went out at breakneck speed, helped by a pacemaker, and was on record pace when left on her own with about 10 miles to go.

Dibaba was the only one who looked capable of throwing down some sort of challenge.

Keitany started to pay for her early efforts but Dibaba — known as the “Baby Faced Destroyer” — made little inroads into the Kenyan’s lead, trailing her by over a minute at the 18-mile mark.

However, the Ethiopian did make some ground up as the Kenyan slowed, but just as she had Keitany in her sights, Dibaba started to feel her stomach and came to a halt briefly.

Dibaba managed to get going again but her chance of victory was gone and Keitany came home alone to great roars from the massed crowd on The Mall.

Keitany will head to August’s World Athletics Championships in London hoping to have a happier experience than back in 2012 when she flopped in the Olympics in London, having won the London Marathon a few months prior to it.