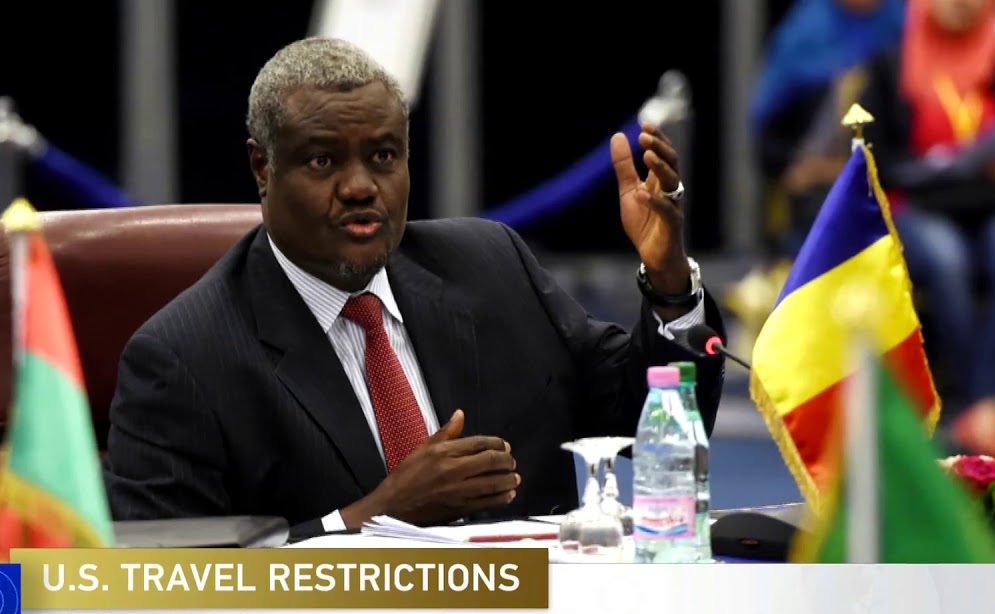 Some countries will face bans only on some visa categories, the Wall Street Journal reported. The list of countries was not final and could yet change, website Politico said.

U.S. President Donald Trump said in an interview with the Journal that he was considering adding countries to the travel ban, but declined to state which ones. Politico said an announcement was expected as early as Monday. The move is likely to sour ties between the United States and the countries affected under the expanded ban.

Nigeria, for example, Africa’s largest economy and most populous country, is a U.S. anti-terrorism partner and has a large diaspora residing in the United States.

A senior Trump administration official said that countries that failed to comply with security requirements, including biometrics, information-sharing and counter-terrorism measures, faced the risk of limitations on U.S. immigration.
The Department of Homeland Security did not immediately respond to requests for comment. The State Department declined to comment.

Under the current version of the ban, citizens of Iran, Libya, North Korea, Somalia, Syria and Yemen, as well as some Venezuelan officials and their relatives are blocked from obtaining a large range of U.S. immigrant and non-immigrant visas.
Chad was previously covered under the ban but was removed in April 2018.

Citizens of the countries can apply for waivers to the ban, but they are exceedingly rare

Tanzania and six other nations to be added to Trump’s travel ban list Reviewed by samrack on January 22, 2020 .

Share thisFacebookTwitterPinterestEmailWhatsAppTanzania and six other nations to be added to Trump’s travel ban list The Trump administration is planning to add seven countries – Belarus, Eritrea, Kyrgyzstan, Myanmar, Nigeria, Sudan and Tanzania – to its travel ban list, U.S. media reports said on Tuesday. Some countries will face bans only on some visa categories, the