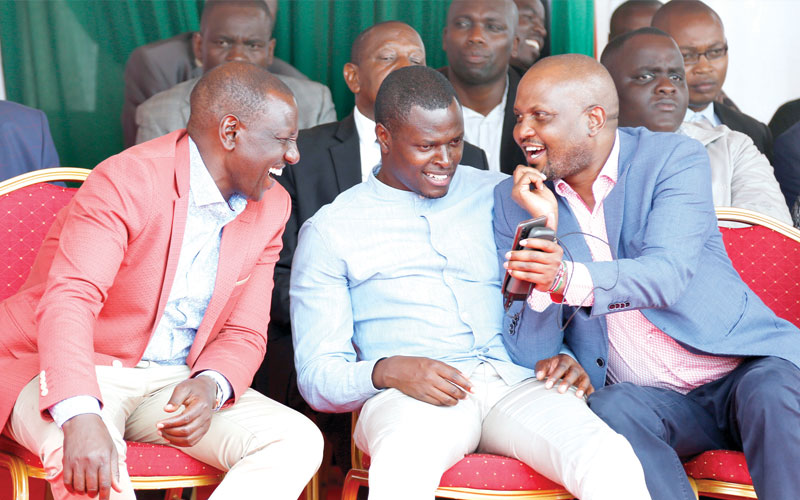 Jubilee leaders allied to the Deputy President William Ruto have made a U-turn and declared their support for the BBI campaigns that are currently ongoing in the country.

“STATEMENT ON THE BBI PROCESS
The BBI process was established as a well thought out mechanism intended to generate structures and strategies to sort out historical problems bedeviling the country.
This was motivated by the realization that our historical problems are often raw, contentious and delicate, often defying simple policy solutions and definitely requiring astute political leadership.

The primary objective of BBI is to set out a viable means of entrenching national unity. For this reason, the BBI report as launched in Bomas was well received across the board.

Subsequently, HE the President advised Kenyans that there would be a period during which people will read, digest and understand the document, before further deliberation and feedback could be considered.

Unfortunately, even before the period was defined, and to our profound dismay, it has come to our attention that a section of the political leadership already commenced public rallies aimed at politicizing the BBI process.

The BBI report promised the cleaning up of Kenyan politics and a drastic improvement of the political hygiene as a means of setting the stage for issue-based, deliberative politics which advance national values and democratic governance.

The BBI report also promised a new start with a country that respect its diversity including the plurality of opinions and contemplated the extermination of the old order in which Kenyans were pitted against each other through the divisive and destructive “us versus them” approach.

To our utter disappointment, at recent public rallies in Kisii and Kakamega leaders resorted to the very callous tactics rejected by the BBI report, backsliding into the reviled old order that Kenyans are running away from.

Share thisFacebookTwitterPinterestEmailWhatsAppTangatanga MPs make u-turn, support BBI campaigns slated for Mombasa Jubilee leaders allied to the Deputy President William Ruto have made a U-turn and declared their support for the BBI campaigns that are currently ongoing in the country. The team popularly known as Tangatanga said they have officially made a resolution to join the