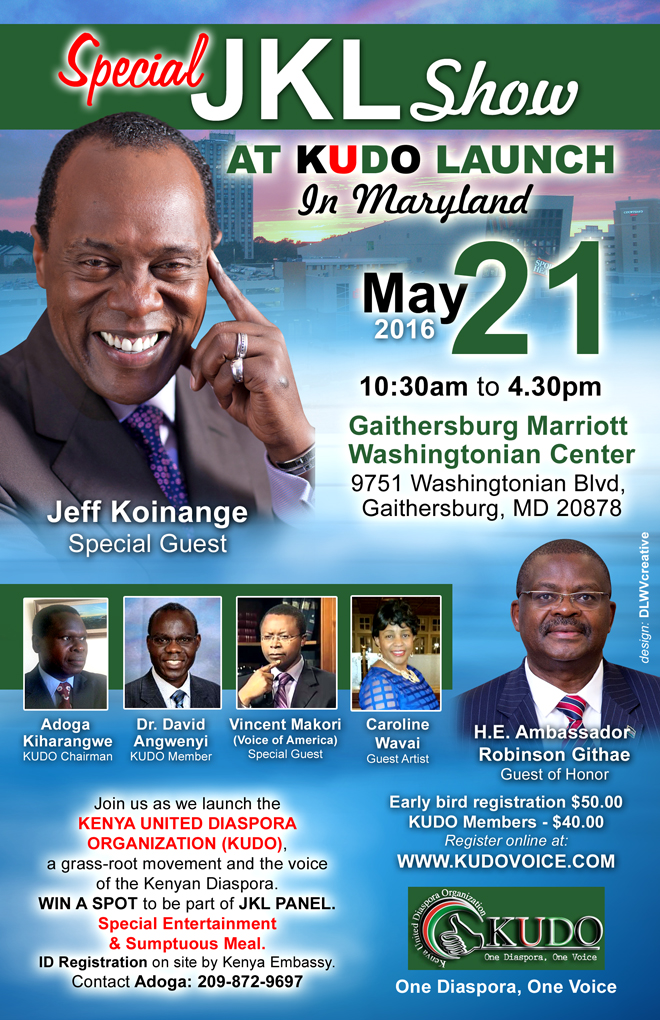 Share thisFacebookTwitterPinterestEmailWhatsApp SPECIAL JKL  SHOW  AT KUDO LAUNCH MAY  21, 2016 WASHINGTON DC METRO Jeff Koinange, best known as Mr. Oh My, Oh My or Mr. What a show! Will be visiting the US and will produce the first ever JKL show outside Kenya. Jeff has accepted the invitation to be the special guest during the launch