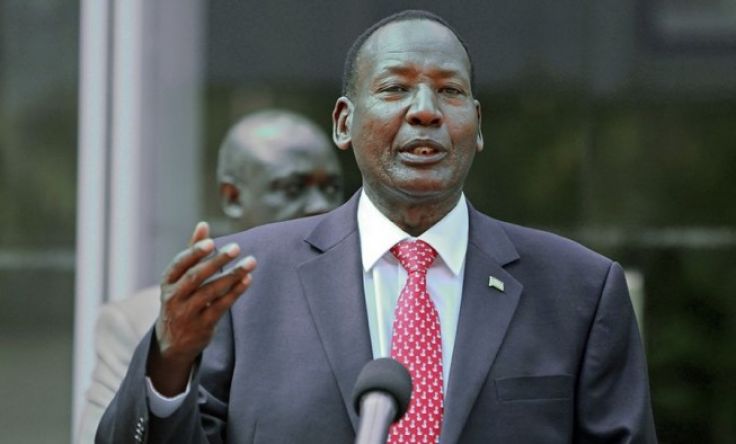 The meeting is aimed at seeking cooperation in matters security with Somali border clans.

Kenya is seeking the much needed cooperation between the Somali community across the border citing their involvement especially in intelligence gathering and provision is key in dealing with insecurity.

Severally, locals have been resisting KDF operations in Somalia based on clan rivalry between Marehan and Ogaden.

CS Nkaissery stressed that the construction of the security border wall will continue but assured Somalis that it’s purely to check Al-Shabaab incursion and not to restrict the local resident’s movements.

“There will be entry points where officials from both countries will be stationed to allow free movement,” the minister clarified.

On his part, the Former Somali Prime Minister Said Abdi Shirdon while addressing the conference maintained that the cooperation between the Somali community across the border and the Kenyan government is key in dealing with insecurity, especially terrorism, and also for development.

“The conference is aimed at building trust and confidence between Marehans and the Kenyan communities along our common border and foster peace, security and development,” he said.