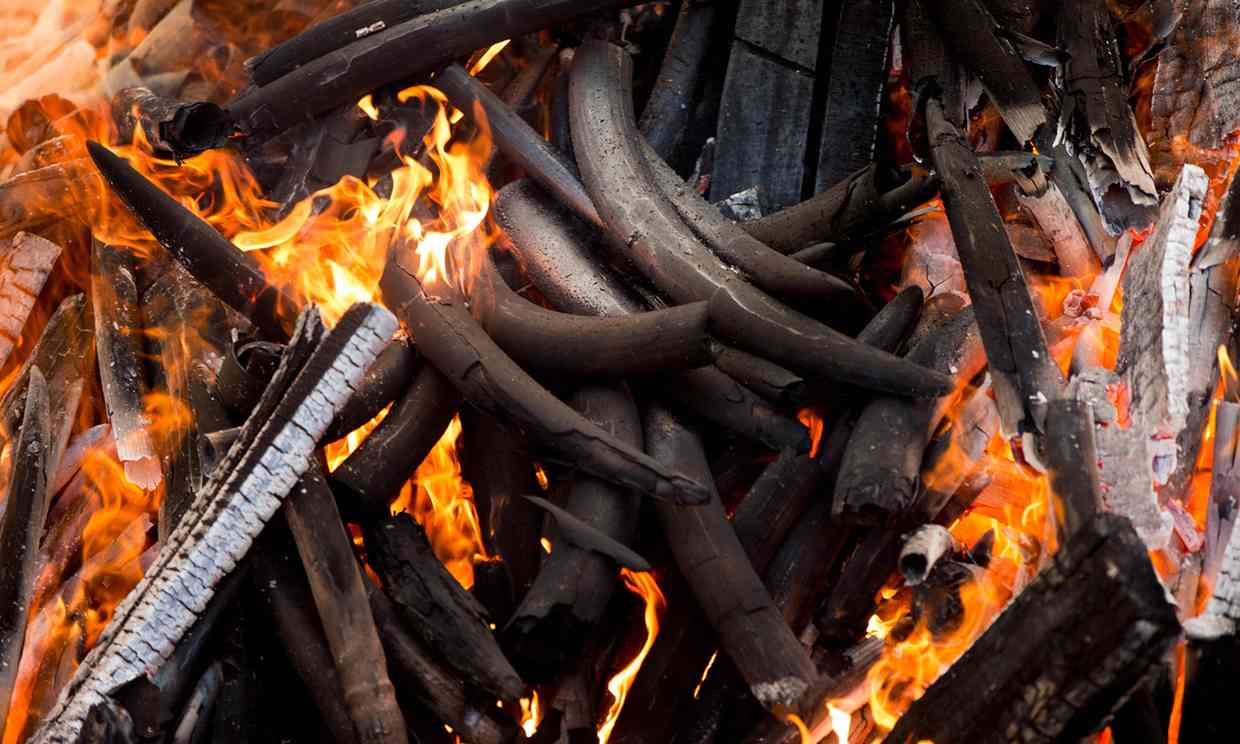 No jewelry will come of the 105 tons of elephant tusks and one ton of rhino hornsconfiscated by Kenyan officials. Instead, they’ll make a beautiful fire.

On April 30, Kenyan President Uhuru Kenyatta himself will set the ivory ablaze in 12 metal structures in Nairobi National Park. It will be the biggest ivory bonfire by any country in history, and is meant to send a burning message to elephant and rhino poachers.

“The burning is major statement [sic] that we cannot kill wildlife and benefit,” Najib Balala, Kenya’s cabinet secretary for tourism, told The Star. “Our heritage must be protected.”

African elephants are badly endangered, and are at risk of going extinct within the next 50 years due to poaching, according to Kenya’s Wildlife Service Director Kitili Mbathi.

But some have criticized the bonfire for wasting materials that, though ill gotten, could be sold to raise funds for conservation.

Kenyan officials have a number of counterarguments to this. For one, there’s been an international ban on trading ivory since 1989, which means in order to raise money this way Kenya would literally have to join the black market it’s trying to end.

But there’s also a more practical argument: Kenya’s economy is heavily dependent on tourism, and elephants are one of the country’s major attractions.

“We strongly believe elephant [ivory] has more value on a living elephant than outside it because humankind can do without ivory,” Patrick Omondi, deputy director of the Kenya Wildlife Service, told Casa Grande Dispatch.

In one very literal sense, that may be true. If a pair of tusks can’t be put back on a living elephant, as far as Kenya is concerned, they may as well burn.

Kenya’s Giant Ivory Bonfire Kenya’s president will ignite 105 tons of ivory in Nairobi National Park. No jewelry will come of the 105 tons of elephant tusks and one ton of rhino hornsconfiscated by Kenyan officials. Instead, they’ll make a beautiful fire. On April 30, Kenyan President Uhuru Kenyatta himself will set the ivory ablaze in 12