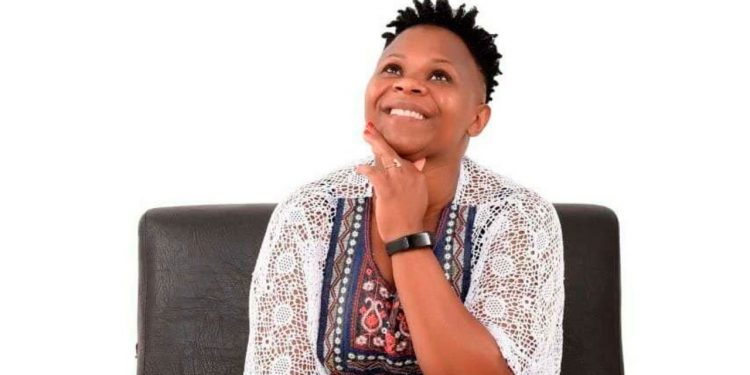 KBC journalist Betty Barasa who will be buried in a private ceremony on April 14, 2021 at her home in Oloolua, Ngong in Kajiado County.Pic Photo Courtesy

As murdered journalist Betty Barasa was laid to rest on Wednesday afternoon, police were yet to find clues on the identity of her killers and why she was shot in cold blood more than a week ago.

It, however, emerged that Director of Criminal Investigations George Kinoti had sent DCI detectives from the homicide department in Nairobi to help their Ngong counterparts unravel the mystery.

Nation learnt that Mr Kinoti is under extreme pressure to bring the killers to book, with scrutiny intensifying on the DCI over the rising number of unsolved high-profile murders.

The murder of the Kenya Broadcasting Corporation (KBC) TV producer came barely two months after another journalist, Jennifer Wambua, was murdered and her body dumped in Kajiado.

Like in Betty’s case, Jennifer’s killers are yet to be found. Detectives are treating both cases as well-planned hit jobs.

“We mourn the death of our colleague and send our deepest condolences to her family, friends and colleagues,” said International Federation of Journalists (IFJ) General-Secretary Anthony Bellanger.

“The Kenyan authorities must identify those involved in this heinous crime and hold them accountable for their acts. The culture of impunity for crimes against journalists must stop,” he said.

But even as the IFJ joined Kenyan lobby and professional groups in piling pressure on the government to find the killers, Nation has learnt that detectives are having a difficult time trying to crack the case as the trail threatens to run cold.

An analysis of Betty’s mobile phone, which was dumped by her killers a few metres from her house, has failed to provide any clues.

Detectives told Nation that mobile phones belonging to Betty’s husband, Mr Geoffrey Barasa, which were stolen during the raid on their Oloolua home in Ngong, Kajiado County, were traced to Karen, where they remained for two days after the murder, before being switched off.

This, the detectives intimated, was an indication that whoever killed Betty does not live far from her residence.

Detectives believe the three men who took part in the murder could have hired the guns they used from security agencies or were rogue officers for hire.

This is because the two AK-47 rifles and a G3 rifle they had are not only mainly used by government security agencies, but an analysis of the crime scene revealed they were highly trained.

The three wore balaclavas and gloves to avoid detection. They also collected all the spent cartridges, meaning they were familiar with forensic investigation procedures and how to cover their tracks.

During a requiem mass held on Wednesday, Bungoma Senator Moses Wetang’ula, who is a family friend of the Barasas, said the journalist was one of the leading lights of her home county. He said he did not know that she was family, until someone called to condole with him.

“I received three calls from Edwin and thought he was calling to condole with me on account of my mother, who had passed away. When I got back to Nairobi, I called back and he told me that Betty, Geoffrey’s wife, is the one who had been shot,” said Mr Wetang’ula.

The senator further revealed he had helped Ms Barasa to secure internship at the state broadcaster in 2004, which paved the way for her employment.

“In 2004, I had employed the late Namachanja to work with IGAD as a rapporteur. One day he came to my office with Geoffrey and a young girl. They told me that the girl was a mass communications student and that she was looking for internship,” said the senator.

I called the Managing Director at KBC and he told me she could join,” he said.

Mr Barasa eulogised his wife as a supportive person who was a pillar in their family.

Betty was killed on Wednesday last week after being accosted at the gate to her residence by a three armed men before being led into the house where they held her family hostage.

The thugs ransacked the house as they demanded money, before leading the journalist upstairs to her bedroom, where she was shot in the face.

Slain KBC journalist laid to rest as pressure piles on police to crack case Reviewed by samrack on April 15, 2021 .

KBC journalist Betty Barasa who will be buried in a private ceremony on April 14, 2021 at her home in Oloolua, Ngong in Kajiado County.Pic Photo Courtesy Slain KBC journalist laid to rest as pressure piles on police to crack cas What you need to know: Detectives believe the three men who took part in