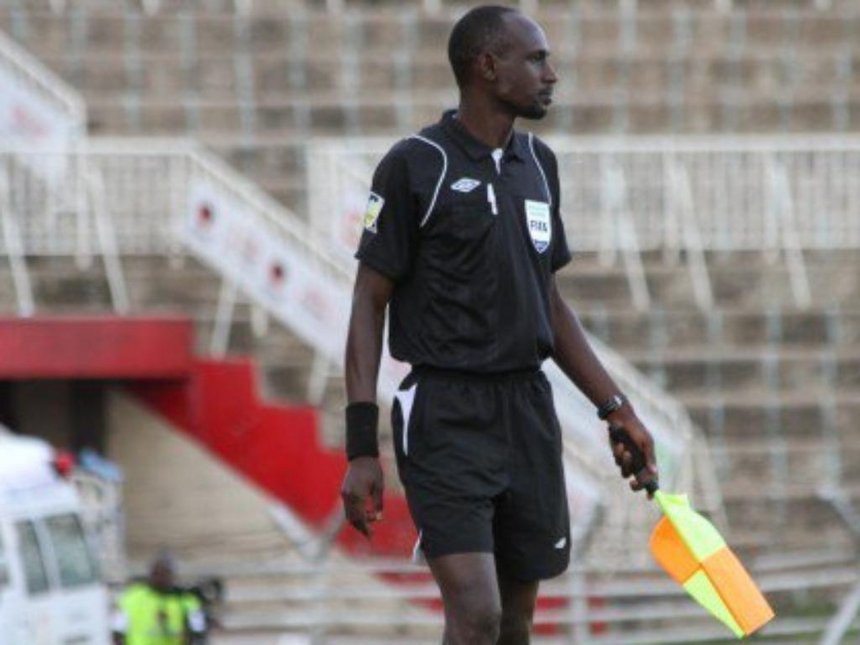 Celebrated Kenyan referee Aden Marwa has pulled out of the FIFA World Cup after an exposÃ© by a Ghananian journalist revealed he received a $600 (Sh60,000) bribe.

FIFA confirmed that Marwa, who was to serve among 10 assistant referees from Africa, had resigned from the assignment following the exposÃ©.

The 41-year-old departed for Russia on Saturday after Teachers Service Commission (TSC) granted him a one-month leave.

The Mathematics and Chemistry teacher at Komotobo secondary school in Kuria, Migori county has denied any wrongdoing.

The exposÃ©, published by the BBC on Thursday, further reveals the extent of bribery and inducements that are feared influence the decisions referees make while on the pitch.

Most African referees are featured in the film captured by undercover ‘operatives’ assigned by investigative journalist Anas Aremeyaw.

Marwa flew the Kenyan flag high in the global scene when he officiated the 2014 World Cup in Brazil.

He was a little-known official back at his home in Kehancha before the Kenya Premier League sought his services, from which he rose to the rank of assistant referee.

Fifa followed soon afterwards. He first officiated an international match at the Africa Cup meet in Zanzibar in 2000.

He has also starred in the CAF U20 championships in Rwanda, the CHAN tournament in Sudan in January 2011, and the U-17 World Cup in Mexico in July 2011.

Marwa also officiated the CAF U-23 championships in Morocco in 2022 before taking part in the Africa Cup of Nations in Equatorial Guinea and Gabon in 2012.