Peter Munga retires as Equity chair after serving for 35 years 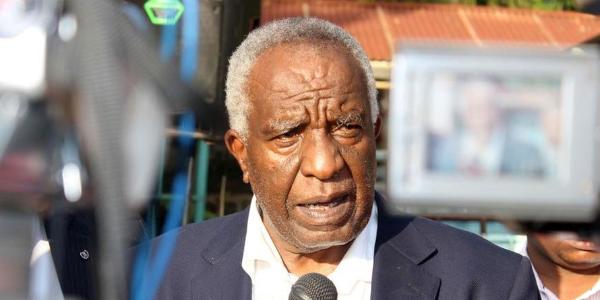 Peter Munga retires as Equity chair after serving for 35 years

Businessman Peter Munga has retired as chairman of Equity Group Holdings after serving the lender for 35 years.

Equity’s vice-chairman, David Ansell, will replace Mr Munga, 75, in changes that come in a period when the businessman has substantially cut his holding in the bank.

Equity Group said Mr Munga opted to retire from the bank he helped found as a building society in 1984 in Kangema, Murang’a.

“Mr Munga who has been the founder chairman since 1984 expressed his desire to retire from the board to mark his 35 years of service as he celebrates his 75th birthday,” Equity Bank said in a statement.

His retirement came as a surprise because he successfully sought re-election at the lender’s AGM barely a month ago.

Mr Munga cut his stake to 0.4 per cent in December from 3.2 per cent during the lender’s listing at the Nairobi bourse in August 2006.

Since the bank’s debut at the NSE, its stock has appreciated the most, opening the way for investors to skim their holdings at decent capital gains.
This has made its top owners, including employees, directors and founders, billionaires.

Peter Munga retires as Equity chair after serving for 35 years Reviewed by samrack on June 7, 2018 .