Respect the presidency, whether you voted for the incumbent or not

Home  › Diaspora › Kenya › Kenya Diaspora News › News › U.S Diaspora › Respect the presidency, whether you voted for the incumbent or not 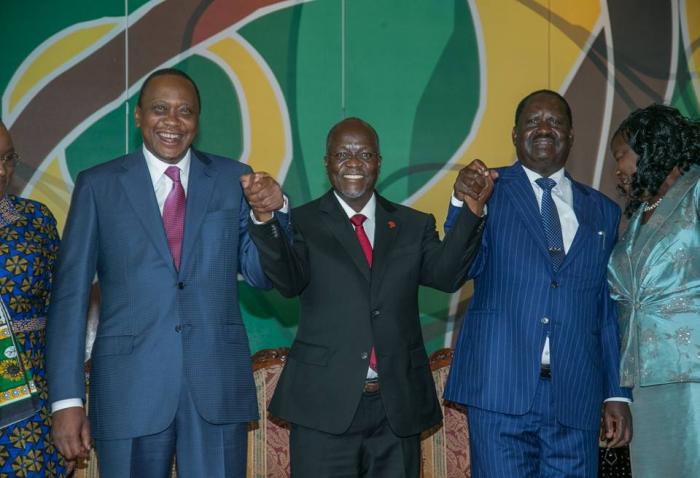 Respect the presidency, whether you voted for the incumbent or not

On April 6, 2009, Raila Odinga, then Prime Minister in the Grand Coalition Government, bitterly complained that he had been given a lousy reception in Mombasa. Addressing the public, he ranted on how there was no provincial administration official to receive him, there was no toilet for him to use and he had been granted “nusu mkeka” (half a carpet).

The “nusu mkeka” phrase would be used by Raila’s opponents and their supporters to mock him for the rest of the Grand Coalition Government’s stay in office. The then President Mwai Kibaki’s diehards used the “nusu mkeka” often to mock Raila terming it a focus on meaningless trappings of office by someone who should be focused on serving wananchi.

On the other hand, Raila’s supporters were very angry about this and felt – justifiably – that even if you did not like the ODM leader, he was Prime Minister of Kenya and deserved to be treated as such. His most vocal supporters expected that Raila be treated as an equal to Kibaki since the compromise government was based on a power-sharing arrangement.

Today, Kenyans are treated to all manner of theatrics by supporters of opponents of President Uhuru Kenyatta in quite a similar manner as Raila. There is an emerging trend with Raila’s supporters, especially elected leaders, of disrespecting the President, publicly.

Deputy President William Ruto has not been spared in this growing disrespect on the Presidency that has more often than not shown how low some of these leaders are willing to stoop to be recognized. While I advocate for the right of all Kenyans for free speech, respect and decorum are mandatory while addressing the Presidency.

You do not have to like the occupier of the seat, but you must respect the institution of the Presidency. The Presidency is not just about the person but is a symbol of our unity and democracy whether we voted for the person occupying it or not.

Last week, we saw Mombasa Governor Hassan Joho blatantly lying to Mombasa residents that the Jubilee administration had not done anything for them, while standing next to the President. Joho tried to paint Uhuru as insincere and who was just walking around launching projects and addressing Mombasa residents while he had not initiated any projects in the Coastal region.

Just a few weeks ago, Mbita MP Millie Odhiambo went on a rant throwing all manner of obscene words at the President, in what some have said was a way of catching the attention of her party leader, Raila. If Millie believed she was doing the right thing, you wonder why she has rushed to court seeking protection from possible arrest.

She was among those who made the President and Kenyans wait for almost an hour to deliver last year’s State of the Nation Address. Millie and her colleagues who included John Mbadi, Tom Kajwang, Gladys Wanga and Opiyo Wandayi spent this time blowing whistles so that the President could not make his address.

In 2014, some leaders allied to the Opposition were said to have hired youths to cause chaos as the President addressed a rally in Migori.

Many a times, the President has brushed off or laughed off some of the antics by the opposition as they clearly deserve no response. The DP has most of the time responded to them but maintained the dignity of his office and continues to welcome them to unite Kenyans instead of dividing people.

What these Opposition politicians forget is that while their antics at first seemed amusing, they are now boring and tiresome. No one is interested in leaders who instead of showing the way for young people on how leaders should lead, are involved in insults and unnecessary drama.

CORD should not mistake the humility of President Kenyatta for weakness. The reason they are in the Opposition is for the same arrogance and recklessness that Kenyans despise.

(The writer is a political and communications consultant. Twitter @MachelWaikenda)

Respect the presidency, whether you voted for the incumbent or not Reviewed by samrack on January 20, 2017 .

Respect the presidency, whether you voted for the incumbent or not On April 6, 2009, Raila Odinga, then Prime Minister in the Grand Coalition Government, bitterly complained that he had been given a lousy reception in Mombasa. Addressing the public, he ranted on how there was no provincial administration official to receive him, there was