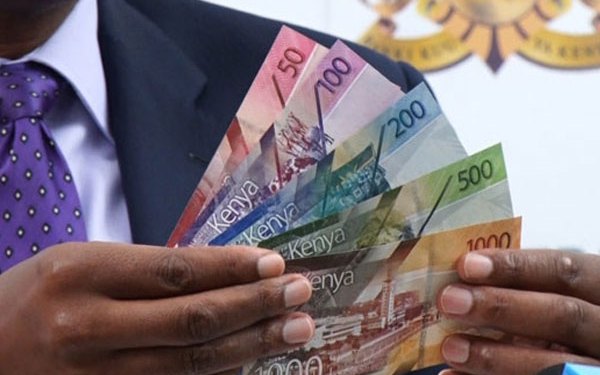 The Central Bank of Kenya has revealed that diaspora remittances inflows remained strong for the fourth month running hitting Ksh29.3 billion ($274.1 million) in August 2020. The amount was 28 per cent higher than the $214.3 million recorded in August 2019.

The US, United Kingdom, Saudi Arabia grew their share of the remittances while inflows from South Africa and Germany declined marginally compared to July 2020.

Traders and forex dealers are keenly watching the Kenya Shilling ahead Tuesday’s meeting by the Monetary Policy Committee (MPC), a top policy organ of the Central Bank of Kenya (CBK).

Financial market players eagerly await its actions or lack of to shield the Kenya Shilling from a further battering against the US dollar.

The MPC meets tomorrow to review its policy actions, put in place to deal with effects of coronavirus and resuscitate a slowing economy that was already in tatters even before the pandemic.

At the last MPC meeting in July, 2020, the CBK retained the Central Bank Rate (CBR) at 7%. There are concerns that any further cuts in the policy rate could pile more pressure on the Shilling.

“We expect this gradual weakening of the Kenya Shilling to continue throughout the rest of this year. There is no much expectation on what the Committee will do in terms of supporting the Shilling, including raising the policy rate,” said Reginald Kadzutu, Head of Retail at Zamara.

Forex dealers expect the local unit to weaken further this week as demand for US dollars begins to build-up ahead of the end of the month, when firms typically meet their hard currency obligations, and due to oil importers.

The Shilling is expected to trade at 108.66 by the end of this quarter, according to Trading Economics global macro models and analysts expectations. “Looking forward, we estimate it to trade at 109.44 in 12 months time,” said the US-based online platform that provides historical data, economic forecasts, news, and trading recommendations.

Were the Central Bank of Kenya to cut the CBR rate further, analysts fear the liquidity impact from the rate cut could pile pressure on the Shilling.

According to conservative indicate rates provided by the CBK, in its latest weekly bulletin, the Kenya Shilling exchanged at 108.41 to the US$ on September 24 compared to 108.38 per US$ on September 17, 2020.

The local unit has been depreciating against the US dollar for months since March when the first cases of coronavirus were reported, rattling the financial markets.

The Nairobi Securities Exchange (NSE) has been on a bear run as foreign investors, who drive most activities at the bourse, flee a depressed market, further worsening the situation for the local unit.

While lockdowns in Europe have eased, a resurgence in infections in these countries continues to send shockwaves to Kenya’s exports sector- particularly for flowers, thus curbing forex earning.

Share thisFacebookTwitterPinterestEmailWhatsAppRemittances Remain Strong in August to Hit Ksh 29.3 Billio The Central Bank of Kenya has revealed that diaspora remittances inflows remained strong for the fourth month running hitting Ksh29.3 billion ($274.1 million) in August 2020. The amount was 28 per cent higher than the $214.3 million recorded in August 2019. The remittances fell