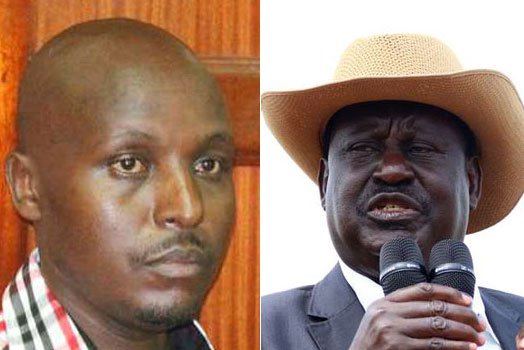 The man behind the once trending #BabaWhileYouWereAway hashtag has been rewarded with a political appointment by Nasa flag bearer Raila Odinga.

Muriira’s nomination for the election as a member of the assembly was received by the clerk of the National Assembly on Thursday.

A copy of the nomination form seen by Nairobi News bore a stamp of ODM as the party that had nominated the Meru businessman.

He will alongside other nominated candidates face the vote by both the Senate and the National Assembly.

The term of the current EALA members will expire on June 4.

Muriira has been a political activist for years and hit the headlines with his viral video of “Baba while you were away” which was shot outside Milimani law courts.

The video resulted in a Twitter trending hashtag that detailed all events that had taken place in the country in the absence of Odinga.

Muriira was in October 2015 charged with incitement alongside Machakos senator Johnstone Muthama.

The utterances were said to have been made during a Cord rally at Uhuru Park.