PROPHECY:The Word of the Lord for 2017 given by Prophet Brian Carn 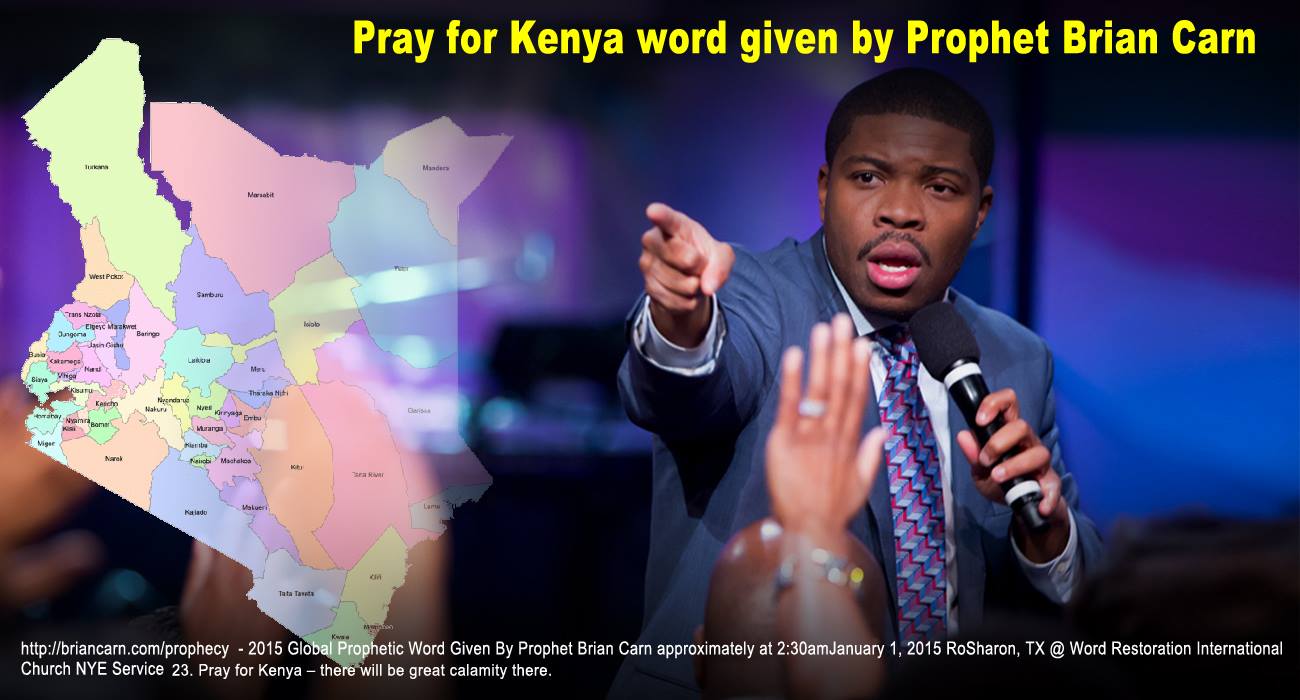 PROPHECY:The Word of the Lord for 2017 given by Prophet Brian Carn

Other Prophecies Given on January 30, 2017 by Prophet Brian Carn:

Protest will become the norm.

Prior leaders will speak against our leadership and will be in demand for his [President Donald Trump] departure.

Pray for Chile; I see an earthquake happening that will be over a 7.0 magnitude.

Major news story in New York City; it’s as if it’s having a “heart attack”, can’t move, and are stunned. November returns again.

There will be an embassy controversy in the news that is linked to President Donald Trump’s plans; problematic issues will come if this embassy is created.

There will be a news story around a woman who is a newscaster who will be passing (this woman compares to the tutelage of Dianne Sawyer — the woman is not Dianne Sawyer.)

A train collision at the dawn of a new day; continue to pray for travel.

Will see on the news an actor that has been arrested, but he’ll say he was “framed”.

A prior United States President will return to the hospital again. Keep him in your prayers.

PROPHECY:The Word of the Lord for 2017 given by Prophet Brian Carn  February: A month of backlash; protest and reaction; bold political moves; America will mark her enemies. March: A month of repositioning and making important moves; the media will make major moves. April: A month of release; hope is found; there will be an older face that