Nairobi, Kenya: CORD leader Raila Odinga has called for a thorough and speedy investigation into the killing of controversial businessman Jacob Juma, saying that the police must make sure that the culprits are brought to book. 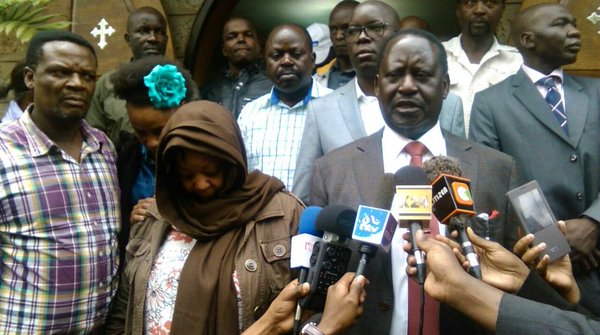 His car had ten bullet holes when it was found with engine running shortly after the 9.30 pm incident and door flung. It gave an indication the killers went to confirm he had died.

The incident happened along Ngong Road near the Southern by pass and past Lenana School.

Nairobi police boss Japheth Koome said the businessman was driving from his bar in Westlands at around 9.30pm to his Karen home when he was shot by gunmen who escaped on a motorbike.

Police who attended to the scene said they found his identity card, Sh6,500, five Euros and two mobile phones.

Raila Odinga demands investigation over the killing of Jacob Juma Reviewed by samrack on May 6, 2016 .