President Uhuru Kenyatta Presides Over The Destruction Of 5,144 Illicit Firearms 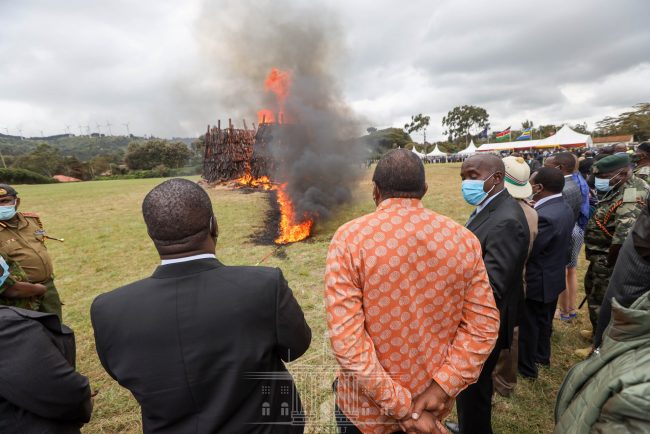 President Uhuru Kenyatta Presides Over The Destruction Of 5,144 Illicit Firearms

President Uhuru Kenyatta has led the police in destruction of 5,144 illicit firearms recovered from wrong hands during the year 2020.

The guns are part of 14,000 illicit guns confiscated from the wrong hands in the last two years, according to interior CS Fred Matiang’i.

A majority of the illegal firearms were voluntarily surrendered by the public who heeded Government amnesty offers, and through the diligence of Kenya’s security agencies

President Uhuru Kenyatta Presides Over The Destruction Of 5,144 Illicit Firearms Reviewed by samrack on June 9, 2021 .