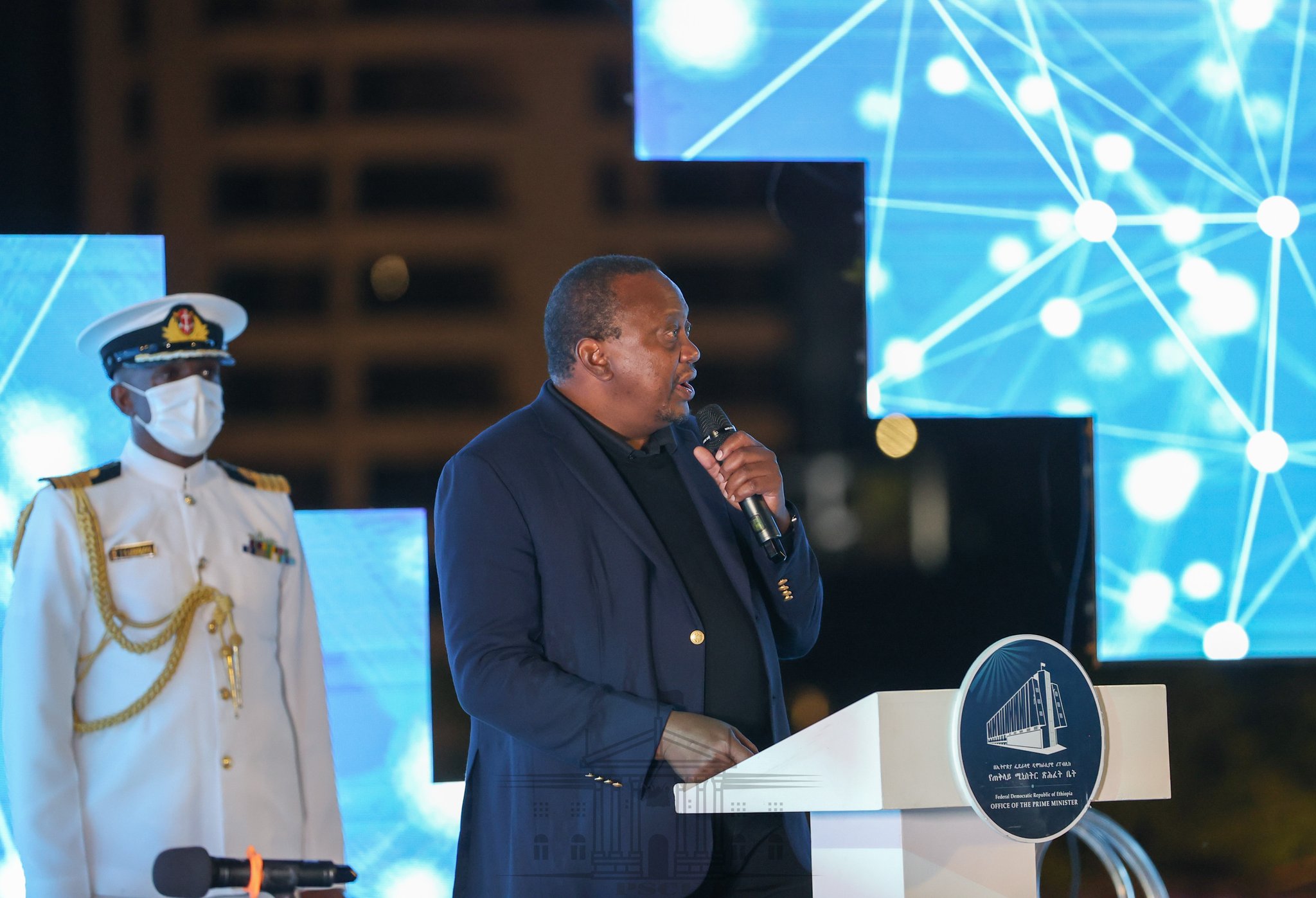 Speaking moments after landing in Ethiopia on Tuesday,  June 8, President Kenyatta lauded Ethiopia’s Prime Minister Abiy Ahmed and his administration for choosing to open the telecommunication sector to other operators.

“Today’s ceremony is the first step in an exciting and rewarding opportunity for Ethiopia. Kenya has seen the great gains and opportunities unleashed by Safaricom across the entirety of our socio-economic landscape,” said President Kenyatta.

According to him, Safaricom’s presence in Ethiopia will greatly impact digital presence, mobile money, telephony, data and fibre connectivity, and business solutions.

He also urged the Ethiopian government to open doors for mobile money services such as M-Pesa as part of the telecommunications liberalisation process.

“In Kenya, the success of M-Pesa, Africa’s, if not global, first mobile money platform, is a classic example of what possibilities lie in mobile financial services, if fully exploited. Studies have shown that enhanced access to mobile financial services, have a great potential to reduce poverty as more people are enabled, easier and safer savings and in effect, greatly influencing the kind of choices they make in life,” he said.

It is expected that Safaricom’s entry into the Ethiopian market will create over 1.5 million new job opportunities for its citizens.

Ethiopia is home to over 112 million people, making it the second-largest country in Africa by population. It is one of the last countries in the world to introduce competition in the telecom industry, a rigorous process started by the government in 2019 as part of its Economic Reform Agenda, with the support of the International Finance Corporation. The reforms aim to increase jobs, reduce poverty and grow the local economy in an inclusive and sustainable manner.

Safaricom won the bid to enter Ethiopian market under the Global Partnership for Ethiopia in May, beating MTN Group Limited, which is headquarted in Johannesburg, South Africa.

The consortium received its operating licence on Tuesday and will officially start its operations next year.

It is expected to invest over Ksh64 billion in ten years, making it the largest foreign development investment in Ethiopia’s history

Uhuru Sings Praises For Safaricom In Ethiopia Reviewed by samrack on June 9, 2021 .

Uhuru Sings Praises For Safaricom In Ethiopia Safaricom’s entry into Ethiopian market is going to transform the country’s economic status, President Uhuru Kenyatta has said. Speaking moments after landing in Ethiopia on Tuesday,  June 8, President Kenyatta lauded Ethiopia’s Prime Minister Abiy Ahmed and his administration for choosing to open the telecommunication sector to other