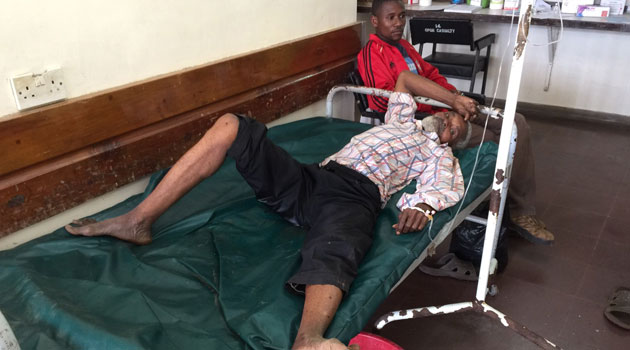 The Nairobi County Government has issued a cholera alert after five people with symptoms were admitted at the Nairobi Hospital.

While confirming the outbreak of the bacterial disease, Health County Executive Bernard Muiya explained that they may have contracted the deadly pathogen from their kin who had travelled from Western Kenya to attend a wedding in Karen.

He stated that six surveillance centres within the county have since been reactivated and revealed that symptoms to look out for include diarrhoea, vomiting and lack of appetite.

“Yes, we have an outbreak of cholera in Nairobi County and we have five cases which have been laboratory confirmed. Presentation of this condition is so classic. What happens is that somebody would present with effortless diarrhoea and vomiting,” he said.

“If you do not take fluids, it can lead to death very fast because of loosing water,” he stated.

He encouraged Nairobi residents to always boil drinking water and ensure any food eaten is clean and prepared with the highest hygienic standards.

“The most important thing is to Nairobi residents. They should not just take water which is not boiled or treated. Cholera is like consumption of infected human waste because the minimum dose of these bacteria to cause disease is very huge,” he stated.

Muiya revealed that the last outbreak of cholera in the county was one and a half years ago.

‘As we speak now, I am advised that four other counties including have an outbreak of cholera and I would say that we are ready to contain cholera,” he stated.

He encouraged those who may show the symptoms to seek medical attention immediately.

“As far as the outbreak is concerned, we are up to the task as far as preventive measures are concerned. That outbreak occurred in the wedding, it did not occur outside that area,” he stated.

“Immediately you have the symptoms including diarrhoea and vomiting, please go to a medical centre so that you are checked as quickly as possible.”

He however stated that he has not been informed of any deaths so far.

“I am not aware of any fatality in the hospital where theses five are admitted and we wish them quick recovery as we continue to contain the situation,” he said.

Nairobi issues cholera alert after 5 hospitalised Reviewed by samrack on May 18, 2017 .

Share thisFacebookTwitterPinterestEmailWhatsAppA victim of the past cholera outbreak gets treatment at a local hospital/FILE Nairobi issues cholera alert after 5 hospitalised The Nairobi County Government has issued a cholera alert after five people with symptoms were admitted at the Nairobi Hospital. While confirming the outbreak of the bacterial disease, Health County Executive Bernard Muiya explained