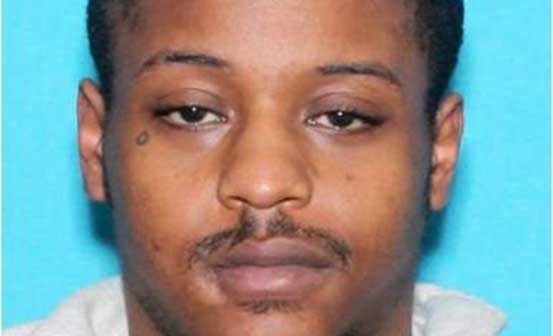 Kamau Kambui who is being sought for sex crimes in the US.

The Federal Bureau of Investigation (FBI) agents have issued a notice for Kenyan fugitive Kamau Kambui suspected to have trafficked a minor for prostitution. The US agency has offered a reward of up to $10,000 (Sh1 million) for anyone with information that will lead to the arrest and conviction of the 28-year-old also known as Kamau K. Curnal, Kamau Kambui Carnal, Jr., Kamau Curnal. The agency put a photograph of the man in their website and Kambui as being 5’11”, weighing 185 pounds and having black hair and brown eyes. “Curnal should be considered armed and dangerous. Do not attempt to contact him directly. If in the immediate vicinity, call 911,” read the notice dated May 16 2017. The notice added Kambui is known to carry weapons and has displayed violence towards law enforcement. “Anyone with general information or tips about the location of Curnal is asked to call the FBI office in his or her area. In Portland, the number is (503) 224-4181. In Seattle, the number is (206) 262-0460.” ALSO READ: Crimes likely to land you in Nairobi County courts The FBI said the man was charged by a federal grand jury in Oregon in October 2016, with the sex trafficking of a child and transporting a minor for prostitution. “The indictment alleges that Curnal and a second man, Aaron Barnes, drove a minor victim from Portland to Seattle as part of a trafficking operation.” The FBI arrested Barnes in November 2016 in Lincoln, Nebraska. His case awaits further court action. The notice on Kambui resulted from allegations of criminal activity in Oregon but he is believed to have ties in Seattle where he may be living. It is not clear when Kambui went to the US and what business he is engaged in.
Source: https://www.standardmedia.co.ke/

FBI puts Sh1 million bounty on Kenyan wanted for sex crimes Reviewed by samrack on May 18, 2017 .

Kamau Kambui who is being sought for sex crimes in the US.  FBI puts Sh1 million bounty on Kenyan wanted for sex crimes The Federal Bureau of Investigation (FBI) agents have issued a notice for Kenyan fugitive Kamau Kambui suspected to have trafficked a minor for prostitution. The US agency has offered a reward of