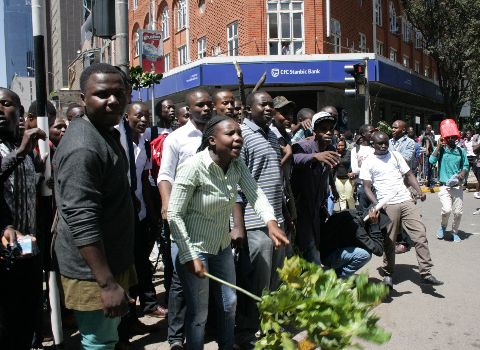 The claims were made on an NTV show dubbed “Certificates of Doom” by reporter Dennis Okari.

The story was about bogus colleges in Nairobi but focused entirely on NAC, one of the most popular private colleges in Kenya, because of its affordable fees.

Okulubera said the college is not certified to offer aviation courses, but is in the process of registering with the Kenya Civil Aviation Authority.

“It is not true that we issue certificates to unqualified persons. The expose was malicious and driven by the competitive environment and without following the basic tenets of responsible journalism,” he said.

“From the start the expose was about colleges and universities but the reporter subjectively narrowed down to Nairobi Aviation College for reasons best known to them.”

He was speaking at a press conference at Serena Hotel on Monday.

Olukubera said the “malicious” allegations by Nation Media Group will be addressed in court on Wednesday.

He said the school asked to clarify its position before the expose but was denied the opportunity.

The High Court had temporarily stopped NTV from carrying out an investigation on January 30, pending a hearing on February 4.

The ‘Certificates of Doom’ expose alleged that the school ‘cleans’ and issues certificates to students without pre-qualifications at a minimum cost of Sh3,000.

Hundreds of students protested against the claims outside Nation Centre earlier in the day.

At least 12 were arrested in the demo that saw them barricade Kimathi street and beat journalists covering it.

They also hurled stones at the building, breaking a window, and demanded an explanation for the ‘unfair’ coverage.

The police used tear gas to disperse them.

The Nairobi Aviation College now plans to sue the Nation Media Group over claims that it awards students fake certificates. The claims were made on an NTV show dubbed “Certificates of Doom” by reporter Dennis Okari. The story was about bogus colleges in Nairobi but focused entirely on NAC, one of the most popular private