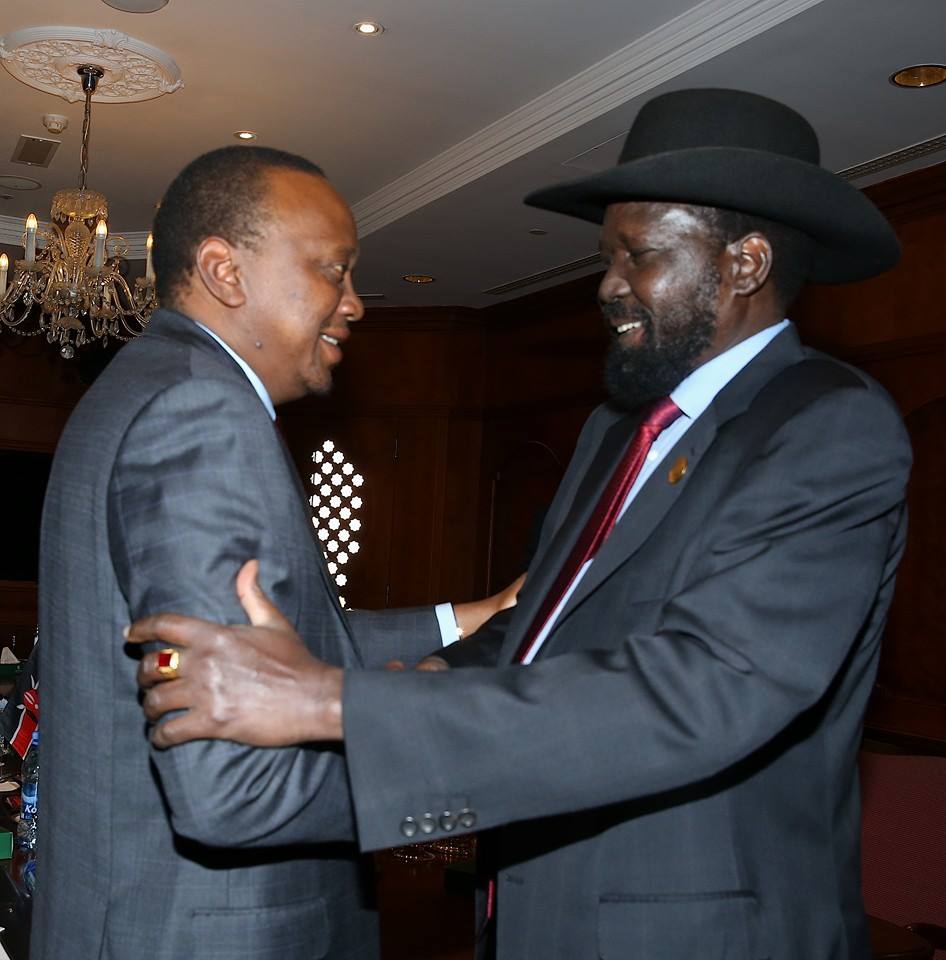 President Uhuru Kenyatta  this evening  left Ethiopia for Nairobi after five days in Addis Ababa where he attended two  separate summits of the African Union and the Inter-governmental Authority on development Igad.

The head of state was accompanied by the First Lady Margaret Kenyatta who was also in Addis Ababa to attend the Organization of African First Ladies against HIV/Aids (OAFLA) meeting.

The plane carrying President Kenyatta and his entourage  lifted at  the Bole International Airport,  Addis Ababa shortly after 4.30 pm

During the AU summit the 54-strong member states union discussed and endorsed a raft of proposals including  the establishment of an African court of Justice and Human Rights in which Kenya already committed dollars one million for its establishment.

The final decision to create the African court will be made during the next 25th AU summit in South Africa in June.

The African Union Heads of State and government summit also endorsed the creation of a 7500-strong military stand-by force that will  henceforth be mobilized in trouble sports of Africa whenever political instability and violence erupts or for purposes of peace keeping.

During the AU summit, Zimbabwe President Robert Mugabe was elected the new chairman for the next one year.

During the 29th  Ordinary session of the Igad meeting, President Kenyatta was among the regional leaders who participated in the peace negotiations for the troubled South Sudan before witnessing the signing of a peace pact between President Salva Kiir and his former Vice President Dr Riek Machar.

The two principals are leaders of the major factions to the South Sudan conflict but the peace agreement they signed this early Monday morning discourages any more hostilities between leaders and supporters of the two sides .