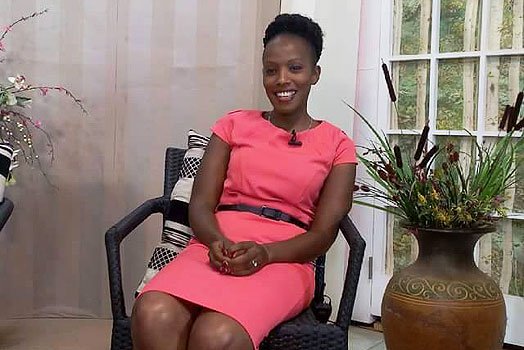 Joan Kanini is not your ordinary customer care officer. She has a reputation of giving Kenya Power customers a listening ear whenever they call in to share the challenges in their lives.

The award is given to an employee after colleagues nominate each other during an internal survey.

Ms Kanini’s extraordinary customer care has made her not only solve Kenya Power client’s electricity issues but also their personal life struggles.

Her sister Damaris Ngina shared online how well deserved the award was, as she celebrated Ms Kanini’s kind heart.

She highlighted some instances in which Ms Kanini went beyond her job description.

Ms Kanini, in a phone interview with Nairobi News, expounded on her experiences while working at the customer care department.

“There was a time a customer called and when I asked for the account number she told me she was bedridden and could not retrieve her account number. As she called out for her daughter to fetch the account number I asked if I could say a prayer for her healing and she agreed,” Ms Kanini narrated.

The customer was happy that apart from getting her power re-connected she was also prayed for and thanked Ms Kanini.

“I later called to check up on her and was happy to hear that she was recovering well and could even walk,” she added.

Ms Kanini says she often goes that extra mile because she knows that customers also need someone to pray with them.

“The other incident that my sister quoted involved a customer who called to say that she had no power and was mourning her husband hence could not trace where her late husband used to keep the account number. I helped her out and went on to pray for God to console her as she mourned,” she said.

Ms Kanini’s acts have been praised by her fellow staff. At one time she organized for an internal  funds drive to help a cleaner’s son seek treatment.

“I overheard a conversation between the cleaner and a colleague as he was cleaning my work station. I followed up and found that he had a son who needed physiotherapy and needed money. I explained his case to my colleagues and they all agreed to help out, we raised treatment funds and the boy is now going for weekly physio sessions and has a walking aid,” Ms Kanini narrated.

Asked what makes her follow up with colleagues and customers, Ms Kanini said she feels obliged to help out people in need.