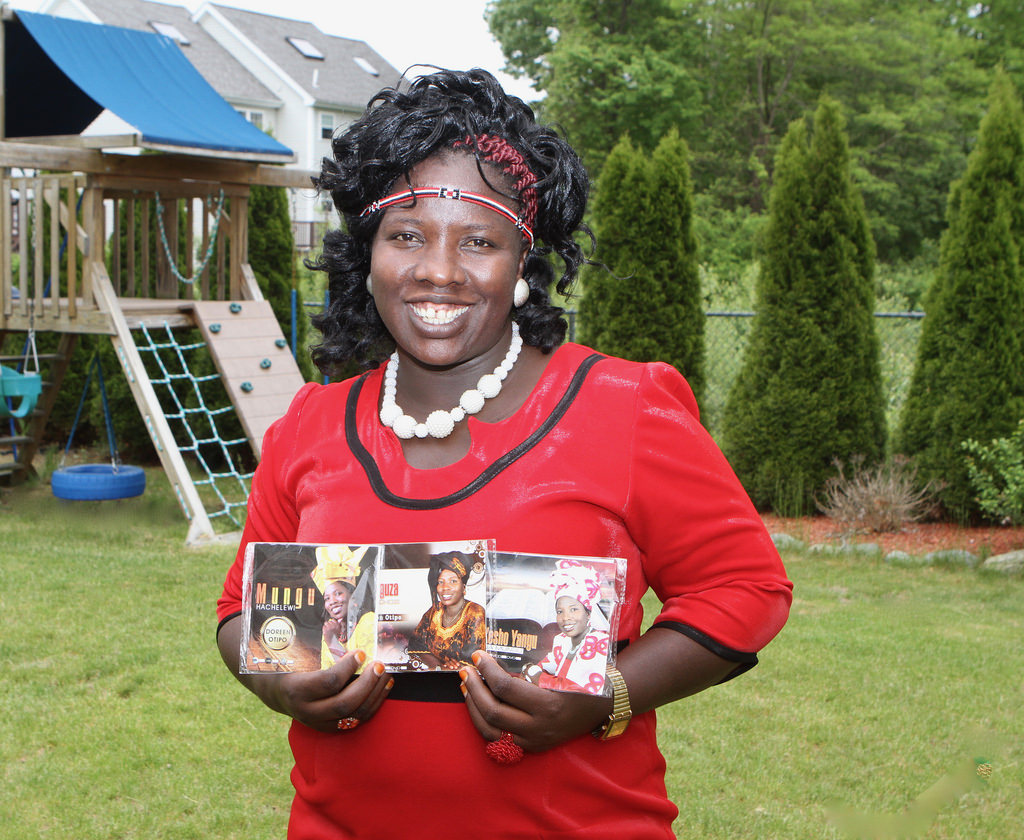 Doreen Otipo is a Kenyan gospel singer, worship leader, music director, songwriter and is a co-founder of a non profit charity organization in West Pokot.
Doreen Otipo is the newest gospel artist in the Diaspora
She is barely a week old in America.The Kenyan Gospel artist hails from Cheparia,West Pokot county.
During her interview with Samrack Media,she kept on testifying of the lords goodness and how God uplifted her from the lows of lows of life.
She kept on asking “can anything good came from West Pokot? Yes God lifts up the lowly and i and my family are a good example God is not a respecter of persons.
West Pokot has also produced the likes of Lonah Chemtai the  Kenyan-Israeli Olympic marathon runner who competed in the marathon at the 2016 olympics & Tegla Chepkite Loroupe  Kenyan long-distance track and road runner 3000 metres, 5000 metres, 10,000 metres, marathons who is also a global spokeswoman for peace, women’s rights and education

Can Anything Good Come Out of Nazareth? (John 1:46)

“This is about my story and what God has done in my life and from it. I have realized that people may know your story but God has our destiny so be encouraged.”

Doreen is happily married to Rev Charles Otipo and have five children who are all now in USA
They have been married for 12 years and serve in ministry together with the husband Rev Charles Otipo
Doreen Otipo has produced three music  albums
Volume 1. Kesho Yangu which has (10) songs
Volume 2.Panguza Machozi (8) songs
Volume 3.Mungu Hachelewi(8) songs
Availability & Schedule
She can be reached directly via email at doreenotipo@gmail.com or Doreen.yego@yahoo.com
Or call her at 978-6484452
Instagram: OTIPO DOREEN
Meet Doreen Otipo Kenyan Diaspora artist from West Pokot Reviewed by samrack on June 2, 2017 .