Medals for Passports: How Bahrain is striking gold in Kenya 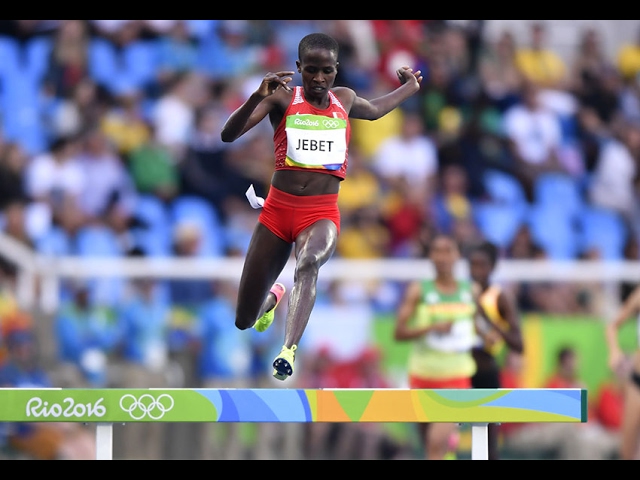 Medals for Passports: How Bahrain is striking gold in Kenya

At around 5:33pm East African Time (+3GMT) on January 24, 2017, a rickety ageing 14-seater Public Service Vehicle commonly known in Kenya as ‘Nissan Matatu’ turns into the gates of Nandi Agricultural Showground in Kapsabet, the capital of Nandi County located some 40km southwest of Eldoret, the self-styled University of (Athletics) Champions.

At a punishing elevation of 6558 feet (1999m metres) above sea level, the town whose name comes from “Kap”- ‘belong to/area of’ and “sabit” or “sobet” – ‘live’ in the Kalenjin (Nandi sub-tribe) dialect has come to mean ‘a place of life’.

It is also one of the key catchment area for many a long distance champions in the expansive Rift Valley conveyor of running talent including Dr. Kipchoge Keino, the first Olympics Laureate who is hailed as the ‘Father of Kenyan Athletics’.

It only takes less than a minute for the Matatu to get clearance from Nandi County officers manning the stadium on that particular dusty day where the sun had scorched the usually cool town that is a picture of green for days that the vegetation in and around the showground had almost turned brown.

Once it came to a stop at the far end of an open field that can serve multiple sports, the passengers disembarked and it was a no brainer- they were athletes, nine in number, who had come for their evening easy run- a sight that is so common here as dust.

After receiving instructions from a minder, the nine started jogging around the perimeter of the open ground and the adjacent exhibition sheds that come to life when the annual agricultural trade fair (show) comes around.

They easily blended in with another group of about 15 runners who had earlier come to the venue for their work out, speaking in the native Kalenjin language as they jogged along at steady pace seeking to eliminate the effects of lactic acid following a more intense regime earlier in the morning.

As their paths crossed with the other group, they exchanged pleasantries in their mother tongue and there is nothing that could have told them apart except for the fact they wore attire emblazoned with ‘Bahrain’, the oil rich Gulf State that has embarked on a mission to dominate global distance running through naturalisation of talent in East Africa, with Kenya its key supplier of blessed legs.

Once the odd scenario set in for the Citizen TV/Digital crew that had laid a stake out at the showground for almost an hour, shooting their training surreptitiously so as not to raise any suspicion, it was clear a story that had taken seven months to pursue was reaching its climax.

CNN Sports Award winning journalists, Waihiga Mwaura of Citizen TV and Mutwiri Mutuota the Royal Media Services Radio/Digital Sports Editor looked on perplexed, as the gravity of what was unfolding before them hit home.

The Bahrain-clad runners were young and on evidence of what was on show, strong bet for champions of the future, particularly a girl barely 16 who was clad in a red jacket with her adopted nation screaming at its back catching the eye.

The pair sat incognito in the dusty wooden structure that acts as the stadium stands, with Waihiga who is a well recognised face on local television taking more caution by concealing his face by pulling a cap emblazoned with Rio 2016 so low that it almost touched his nose and it was clear what they were watching the transforming face of Kenyan athletics.

Here was part of the future of Kenyan athletics, a country famed worldwide for its distance running excellence bursting their lungs to train in pursuit of medals for Bahrain and riches for themselves and family.

On the ground, Nandi-based correspondent Daniel Korir and cameraman Mohammed Dida from Nairobi went on with their secret filming mission, the latter hiding in a taxi parked a few metres between the Matatu and the other who had local knowledge, patrolling the field with his oversized brown jacket (Cheget as locals call them) concealing his equipment.

After going around the well beaten running trail thrice for a 45 minute session, the Kenyan born Bahrainis did the customary stretching exercises, hunched into a group and said a Christian prayer judging by their standing posture and bowed heads.

With Bahrain a predominantly Muslim State, it dawned on the Citizen journalists the naturalised runners had not converted to the faith where prayers are said five times a day, facing the Holy City of Mecca.

For the record, they begin with raising ones hands up to the ears and saying in a moderate tone “Allah – Akbar (God is Great)” before placing the right hand over the left on the navel and keeping your eyes focused on the place you are standing and then bending down.

It was apparent that Kenya’s dominance in middle and long distance events is under threat as wealthy nations rush for natural, raw and untapped talent in the country akin to the Scramble for Africa of the late 1890s that saw British colonialists arrive in the nation for imperialist rule.

Having tasted two Olympics medals won by Kenya born athletes at the Rio 2016 Summer Games- gold in the women’s 3000m steeplechase wrought by record holder Ruth Jebet and silver in the women’s marathon bagged by Eunice Jepkirui Kirwa, Bahrain has embarked on a well rehearsed plan to dethrone Kenya as a force at global championships.READ MORE

Medals for Passports: How Bahrain is striking gold in Kenya Reviewed by samrack on February 6, 2017 .

Share thisFacebookTwitterPinterestEmailWhatsAppPhoto: Courtesy  youtube Medals for Passports: How Bahrain is striking gold in Kenya At around 5:33pm East African Time (+3GMT) on January 24, 2017, a rickety ageing 14-seater Public Service Vehicle commonly known in Kenya as ‘Nissan Matatu’ turns into the gates of Nandi Agricultural Showground in Kapsabet, the capital of Nandi County located