The Last Chance for the Old Guard of Kenya’s Opposition 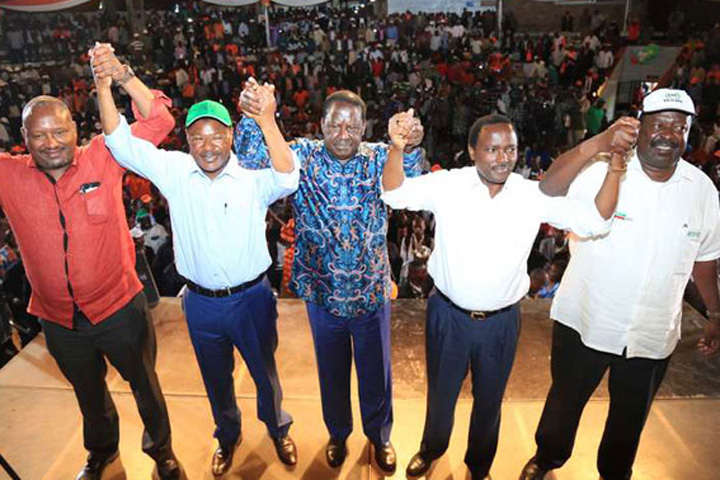 The Last Chance for the Old Guard of Kenya’s Opposition

Kenya’s most prominent opposition leader, former Prime Minister Raila Odinga, will run again in his fourth presidential election this August. Another loss could cost him the confidence of his base, the Luo people, who for five decades have placed high hopes in him and his late father, Jaramogi Oginga Odinga, to break the ethnic monopoly on Kenya’s presidency, which has rotated between the Kikuyu and Kalenjin people. But an Odinga loss, whether by a close margin or because of perceived voting irregularities that have plagued earlier contests, could ignite the kind of ethnic violence seen after the 2007 election and narrowly avoided after the 2013 race.

To quell the 2007 violence, Odinga bent to domestic and international pressure and conceded to the incumbent, then-President Mwai Kibaki, in exchange for the office of prime minister in a power-sharing government. To avoid violence in 2013 after yet another disputed election result, Odinga begrudgingly accepted a Kenyan Supreme Court ruling in favor of his opponent, current President Uhuru Kenyatta.

But this time around, compromise will not come easily for Odinga. The 72-year-old is already laying the groundwork to contest a close race, promoting a narrative at nearly every public appearance that the government is actively working to rig the election. Assuming this is his last chance at the presidency, Odinga may sacrifice everything, even Kenya’s stability, for his own ambitions.READ MORE

The Last Chance for the Old Guard of Kenya’s Opposition Reviewed by samrack on February 6, 2017 .