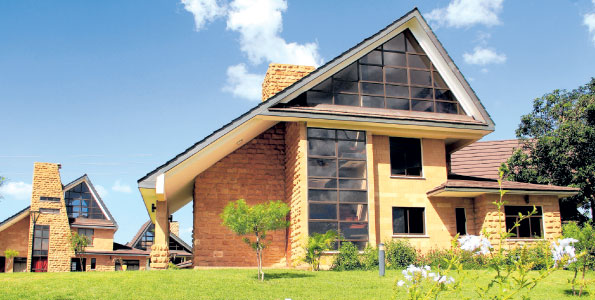 Prices of high-end homes in Kenya rose by 2.9 per cent in 2015 from the marginal 1.4 per cent performance recorded in 2014, according to a new report by property management firm Knight Frank.

In global ranking on the appreciation of the properties, Nairobi managed to climb up 22 positions to 33 in the list of 100 cities surveyed by the real estate agent company. In Africa, Nairobi trailed Cape Town which was at position 13 and Johannesburg at 26 globally.

According to a senior agent at Knight Frank two main factors played out — first, luxury homes in the capital looked attractive to high net-worth individuals last year as other investment classes such as equities underperformed.

“Secondly, demand still slightly exceeded supply for the very top-quality residential property, despite a recent increase in new-build,” said the agent who cannot be named because he was not authorised to speak for the company. Luxury properties that target high net-worth individuals are located within affluent areas.

According to the Wealth Report published by the firm, the local luxury property market performed better last year.

In 2014, high supply of luxury properties in Nairobi led to price stagnation which saw the city lose its top position in Africa after declining to 1.4 per cent from 4.9 per cent growth experienced in 2013.

The Africa Report, another report by Knight Frank, released mid last year showed insecurity and increase in the number of high-end properties as the main reasons behind the stagnated prices and poor market performance.

The Prime Global Rental Index — also by Knight Frank — that looks at the high-end market in 17 global cities, in January, reported  that rent in top market segment will remain stagnated, but also said the amount of time properties remain vacant is set to reduce indicating an impending slow market growth.

“It is important to remember that not every market internationally has been waiting for the transition away from ultra-low interest rates — some never experienced them. In Kenya, for example, rates are in double digits.

“The main theme in Nairobi is the impact of weaker oil prices, which has undermined demand from employees of oil firms and related businesses,” said Knight Frank’s managing director in Kenya, Ben Woodhams, in the report.

The report also placed Nairobi as one of the fastest growing cities alongside Lagos, Dar es Salaam and Luanda. It added that the cities would likely continue to offer significant investment opportunities.

“The growth of Africa’s consumer class will create opportunities for further development in the retail sector — both in the current hot spots and in second-tier cities where developers may be able to gain first-mover advantage.

The logistics sector should also emerge in importance, particularly in key gateway locations such as Lusaka, Zambia,” the report said.READ MORE

Luxury home prices up as Nairobi’s global ranking rises Mitini Scapes maisonettes in Kiambu. High-end home prices in Kenya have risen by 2.9pc. PHOTO | DIANA NGILA By ANNIE NJANJA, anjanja@ke.nationmedia.com Posted  Monday, March 7   2016 at  00:00 IN SUMMARY Nairobi climbs up to 33 in list of cities polled by Knight Frank behind Cape Town and