Governor Charlie Baker has nominated Justice Kimberly Budd to become the next Chief Justice of the Massachusetts Supreme Judicial Court. If confirmed, she would be the first Black woman to serve as Chief Justice in the 328 year history of the highest court in the Commonwealth.

The nominee and her family joined Governor Baker and Lt. Governor Karyn Polito for the formal announcement. If confirmed, Justice Budd will be the second Black Chief, second female Chief and first Black female Chief. She will replace Chief Justice Ralph Gants, who tragically passed away earlier this fall.

Justice Kimberly Budd was nominated to be chief of the state’s highest court by Gov. Charlie Baker on Wednesday.

Congratulations Justice Budd, on your richly deserved nomination to be Chief Justice of the Massachusetts Supreme Judicial Court.https://t.co/17h7pfiZSN

Budd, who has been on the Supreme Judicial Court for four years, would be the first Black woman to serve as chief justice if she is confirmed. She would replace Chief Justice Ralph Gants, who died last month.

Budd, a former federal prosecutor, has served on the high court since 2016. She had previously served as an judge on the Massachusetts Superior Court. Earlier in her career, she prosecuted cases in the major crimes and drug units as an assistant U.S. attorney before going on to work in the general counsel’s office at Harvard University. 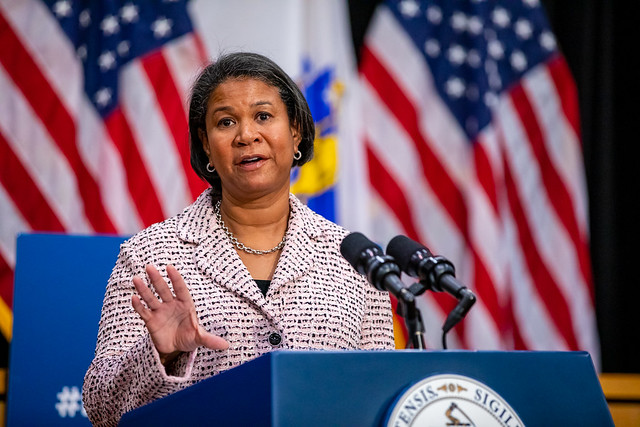 Budd said the nomination was an honor but said the occasion was “bittersweet” because of the death of Gants, who she called a “mentor and friend.” 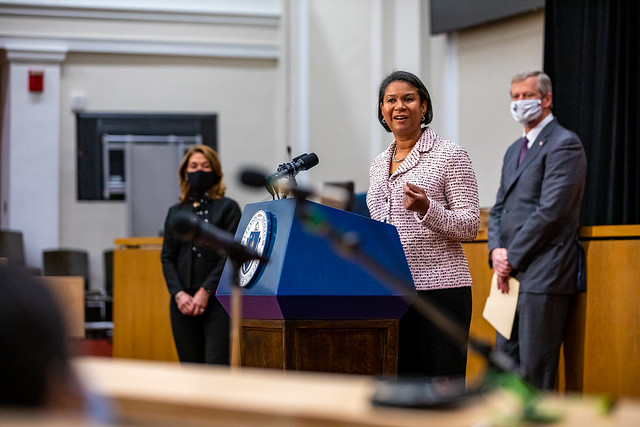 “If confirmed, I promise that I will give my very best effort as the chief of the oldest continuously running appellate court in the Western Hemisphere,” she said.

The Boston Bar Association praised the governor’s pick of Budd as chief.

“Justice Budd’s career, including her 11 years on the bench, demonstrates her extraordinary legal acumen, her deep commitment to justice for all, and the careful attention she gives to every case that comes before her — all of which will serve her well in leading a court whose decisions affect the lives of all of us in so many ways,” the association’s president, Martin Murphy, said in an emailed statement.