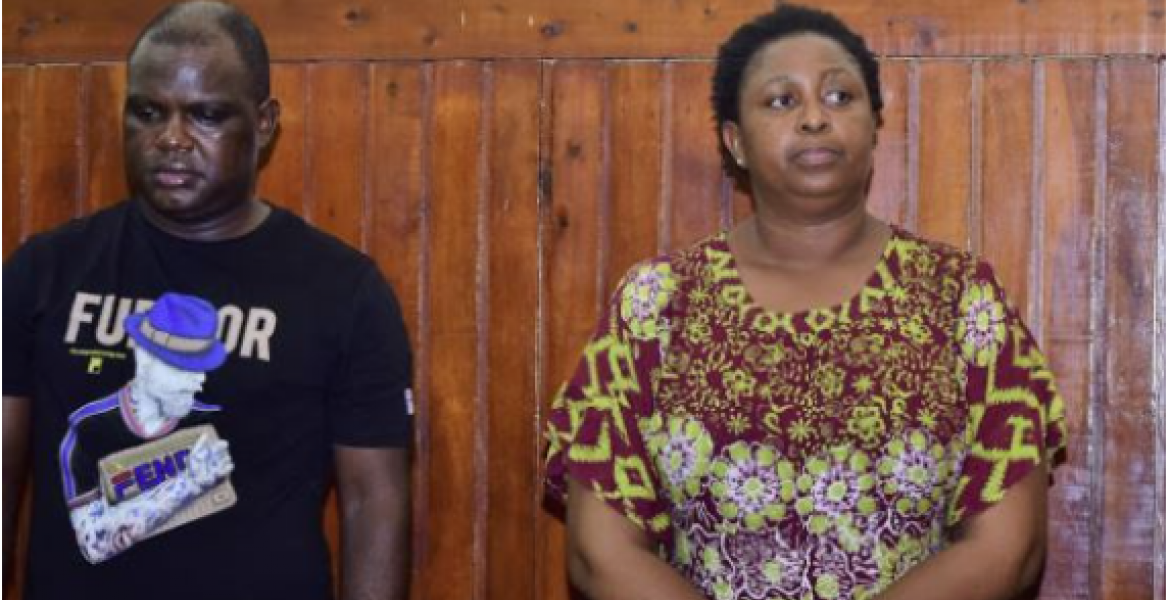 It has emerged that Malindi MP Aisha Jumwa and her bodyguard, Geoffrey Otieno Okuto are lovers.

Documents filed in court indicate that the two have been in a stable love relationship after Jumwa divorced her husband some 20 years ago.

Jumwa and Otieno have been living together for the past six years, according to a probation report tabled in court in a case in which the two are charged with murder.

Otieno is said to have abandoned his wife and two children in Nairobi to move in with Jumwa and the two are currently facing eviction over rent affairs, The Standard reported.

While releasing the two, Mombasa High Court Justice Njoki Mwangi said the prosecution failed to provide compelling reasons as to why the accused persons should be denied bond.

The court directed the two to deposit their passports in court and present themselves to court whenever they are required. They were further warned against interfering with prosecution witnesses.

Jola, 48, was shot dead during the Ganda Ward by-election in October 2019 after MP Jumwa and her supporters stormed a meeting organized by Reuben Katana, the ODM candidate in the by-election.

Jumwa, who arrived at the meeting in a convoy of several vehicles, accused Katana of conducting campaigns long after the official campaign window elapsed.

Several people including police officers were injured during the ugly confrontation. Jola was an uncle to Katana, who eventually won the highly-contested by-election.