Kidero foundation under probe over unexplained Sh2.7bn in its bank accounts 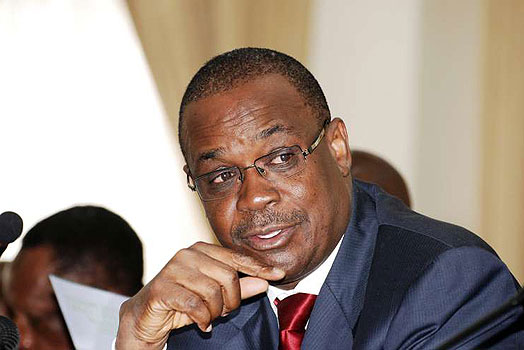 Kidero foundation under probe over unexplained Sh2.7bn in its bank accounts

A foundation associated with Nairobi Governor Evans Kidero is being investigated over the source of an alleged Sh2.7 billion in its bank accounts.

A source at the NGO Co-ordination Board in Nairobi told the Nation that The Evans Kidero Foundation, whose treasurer is Dr Kidero’s son, Mr Ronald Odhiambo, had allegedly not submitted audited returns to the board for the last three years.

The source said the board intends to freeze the foundation’s bank accounts in two weeks if its bosses fail to reveal the source of the money. Multiple sources also said that the Kenya Revenue Authority was also investigating the accounts.

On Wednesday, however, Dr Kidero dissociated himself from the foundation, saying that it was a different entity from him. He also questioned the amount claimed by the board.

Besides Mr Odhiambo, the other officials at the foundation are Dr Kidero’s head of the Public Service Board, Mr Phillip Kungu Opondo, and his Chief of Staff, Mr George Wainaina Njogu.

The governor has been in the spotlight after the Auditor-General, Dr Edward Ouko, said that Nairobi City County was unable to account for over Sh20 billion. As a result, Dr Ouko said he had been left with no choice but to issue a “no opinion” on the audited accounts.

An auditor usually offers a “no opinion” when he encounters so many errors and where information is not made available to him, making it impossible for him to complete his audit. Dr Kidero later said it was not possible to misappropriate Sh20 billion.

While there is no evidence linking the county’s troubles with the fortunes of The Evans Kidero Foundation, the ongoing investigations into Dr Kidero’s family outfit will increase political pressure on the governor eight months to the General Election. The governor has indicated that he will be seeking re-election.

Registered five months to the 2013 General Election, The Evans Kidero Foundation was in the news this year after Mr Justice Joseph Onguto of the High Court in Nairobi stopped officers from the Ethics and Anti-Corruption Commission (EACC) from investigating its Family Bank accounts.

The EACC had also sought to investigate Dr Kidero’s accounts as well as those of his wife, Dr Susan Mboya. The EACC had told the court that Dr Kidero and Dr Mboya had colluded to corruptly transfer public funds to those accounts.

However, Judge Onguto accused the EACC of obtaining the search warrants without disclosing some material facts. He also granted conservatory orders stopping the commission from “inspecting the accounts, lifting the documents or investigating the telegraphic money transfers”.

Earlier this year, Mr Wainaina found himself on the wrong side of the law after he was arrested and charged with attempting to bribe Nairobi Senator Mike Sonko with Sh1 million.

On Wednesday, Mr Wainaina told the Nation that The Evans Kidero Foundation has a monthly budget of Sh2.5 million, “which is channelled to charity and paying rent”. He said the money comes from “well-wishers and income from trustees”.

According to him, the foundation deals with education, youth empowerment and harambees. He wondered why there was hullabaloo over The Evans Kidero Foundation yet many other politicians run similar organisations.

On Wednesday, Dr Kidero said the foundation was run by trustees and directors who are in charge of its day to day operations.

He also said that questions regarding his two senior officers – Mr Wainaina and Mr Opondo – being officials of the foundation together with his son would best be answered by the trustees and not himself.

Asked if money had been channelled from the county government to the Foundation, Dr Kidero denied the allegation, saying had that happened, the investigating agencies would have moved in. He said that no investigation was ongoing.

This week, however, the Leader of Minority in the Nairobi City County Assembly, Mr Abdi Ibrahim Hassan, wrote to the Executive Director of the NGOs Coordination Board, asking for information regarding The Evans Kidero Foundation “as it is believed to be involved in a money-laundering scheme alongside Nairobi City County Executive wing”.

The county attorney, Mr Gad Awuonda, speaking separately, said the governor would sue Mr Hassan for defamation because his allegations were damaging and unfounded.

Kidero foundation under probe over unexplained Sh2.7bn in its bank accounts Reviewed by samrack on December 8, 2016 .