What a strange state Kenya is 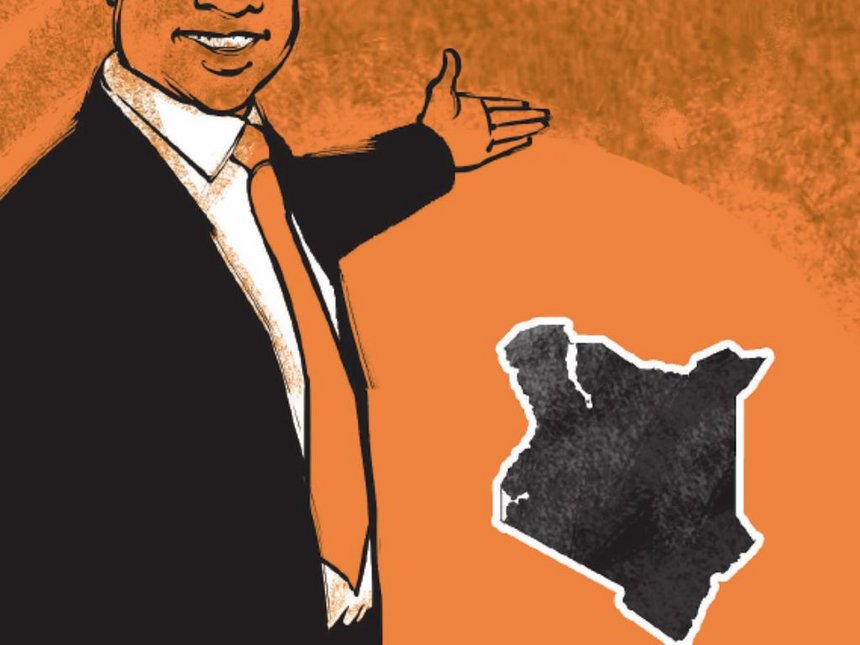 What a strange state Kenya is

Welcome to Kenya, the land whose first President was originally named Kamau Ngengi but later changed to Jomo Kenyatta, to suit his political ego. This is the only country, perhaps in the whole world, whereby politicians put the citizenry on a five year poll cycle mode after every general election. This is Kenya: Where only three tribes — that have now become Kenya’s political dynasties — that have driven the politics of the entire nation for decades. These are the Kikuyu, the Luo and the Kalenjin.

It’s in this country that every five years during the general election, we have what one Ugandan columnist called “election tourists” who run away to capitals of the neighbouring countries of Uganda and Tanzania, and those who can afford to fly to Dubai or down to South Africa, to avoid the impending post-election violence that is anticipated to break out every time there is an election.

It’s here in Kenya, where if you want to get rich quickly, you just need to join politics as an MCA, or an MP. You instantly become a billionaire.

It’s only in Kenya, where the national women’s football team, Harambee Starlets, does better in international matches than their male counterparts. This is the country that was described by the founding father of Tanzania Mwalimu Julius Nyerere, as a man-eat-man society, where there are 10 billionaires and 10 million poor people. It’s only in this country where street begging has become a profession.

A country where hairstylists and company drivers become instant billionaires, thanks to rampant corruption in high office. It’s here that we worship anybody who has managed to squander public money.

It’s only in Kenya where no politician has ever taken responsibility and resigned over corruption allegations in their ministries or departments, and everything goes on as if nothing ever happened. Others have gone on record vowing that “they’d rather die than resign” over graft allegations.

This is Kenya where, as it is currently happening, there is a sad state of affairs as tens of thousands of workers are laid off in an economy that is said to be among the strongest in the East and Central African region. Right now, over 20 private companies, including banks and major manufacturers, are in the process of laying off employees.

Welcome to Kenya, where an untrained fellow could disguise as a medical doctor, perform surgeries and even help deliver babies in a government hospital without being detected, and when he is finally discovered and released, received in pomp and colour like a hero in his village.

It’s here in Kenya where for a twilight lady to proclaim that she’s a socialite is licence enough for her to become “successful” in life and grab national attention in the media and social media platforms. These type of women in Nairobi and all other major towns in Kenya, the so-called pop media socialites, simply known for no other quality other than size of their backsides, which go by various names, like “fundamentals”, “madiaba” and “haga”.

It’s here in Kenya that the government is shielding warlords from neighbouring countries who are tearing their country apart. It’s in this very country, where despite having plenty of rains throughout the year, we still cry of drought during dry spells and beg for food from donors.

It’s here in this country where anybody who can construct a makeshift church and convene a congregation of more than three members is a “pastor”, and you can graduate to become a “Bishop” thereafter.

It’s here that anybody with a “white” foreign friend from either the US or the UK or if you are broke, you can start a non-governmental organisation with a cut-and-paste project to receive funds from abroad.

It’s only in this country that traffic police officers have hefty bank accounts balances transacted through their M-Pesa accounts.

It’s only in Kenya where anybody with an eighth size of a land in Kamulu along Kangundo Road, on the outskirts of Nairobi, worth Sh150, 000 introduces himself or herself as a real estate developer. But then all said and done, this is Kenya. I thank God for being a Kenyan.

What a strange state Kenya is Reviewed by samrack on December 8, 2016 .

Share thisFacebookTwitterPinterestEmailWhatsAppKenya What a strange state Kenya is Welcome to Kenya, the land whose first President was originally named Kamau Ngengi but later changed to Jomo Kenyatta, to suit his political ego. This is the only country, perhaps in the whole world, whereby politicians put the citizenry on a five year poll cycle mode after