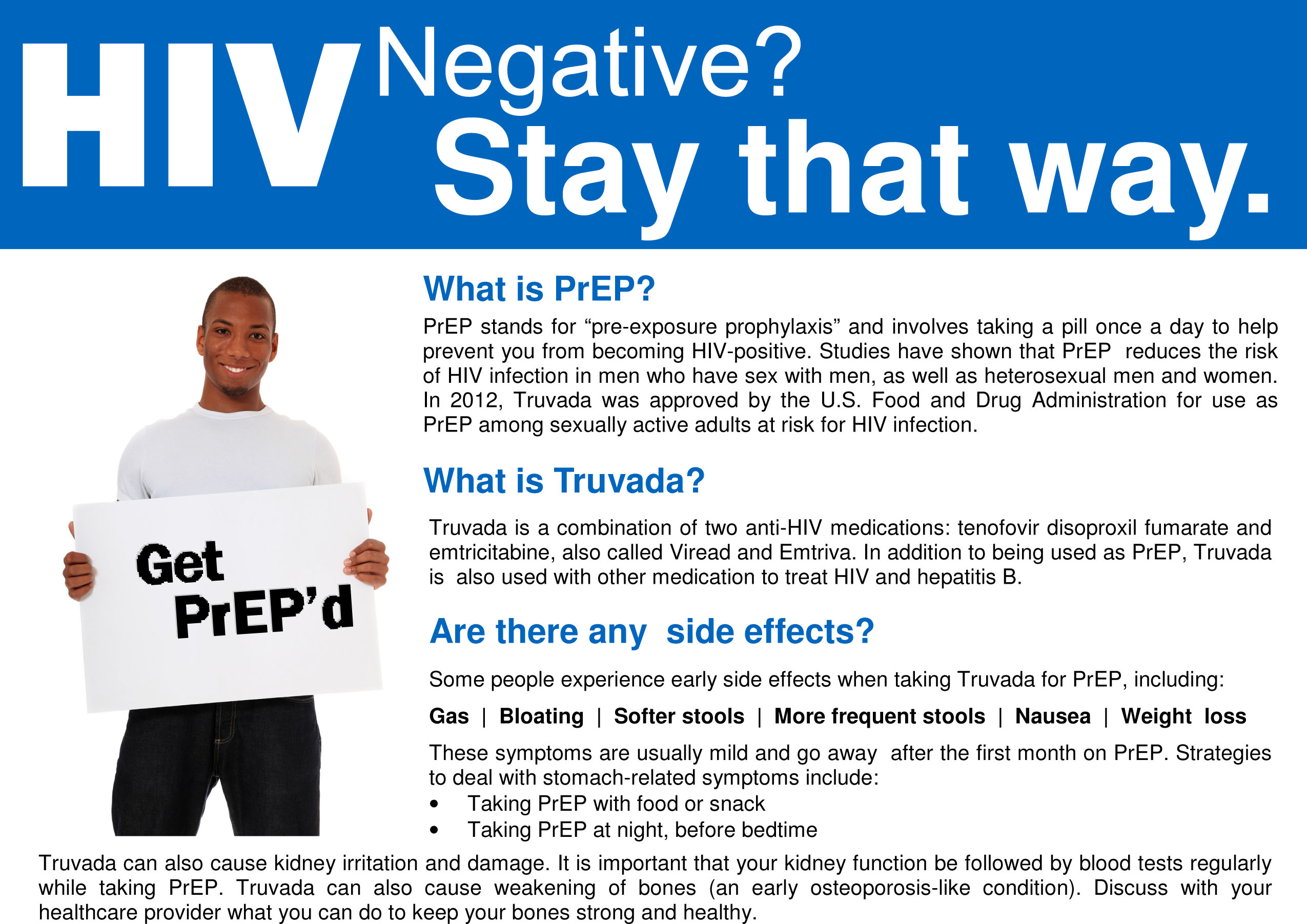 Kenyans are set to have full access to the use of Truvada (TDF/FTC for PrEP), a newly-approved HIV/AIDS combination therapy drug, consisting of Emtricitabine and Tenofovir, later this year. The East African reports that the drug works by inhibiting the key enzyme, reverse transcriptase, which the HIV virus needs to infect host cells, effectively blocking infection. Once a person takes the drug, it is effective for eight hours, however, the person needs to be HIV negative before taking the drug.

TRUVADA is a prescription medicine used in 2 different ways:

TRUVADA does not cure HIV-1 infection or AIDS. Ask your healthcare provider if you have questions about how to prevent getting HIV-1 or passing HIV-1 to others. Always practice safer sex and use condoms to lower the chance of sexual contact with body fluids. Never reuse or share needles or other items that have body fluids on them. If you are taking TRUVADA with other HIV-1 medicines to treat HIV-1, you must keep taking TRUVADA to control HIV-1 infection and decrease HIV-1-related illnesses.

In 2015, Kenya’s Pharmacy and Poisons Board approved of TDF/FTC for PrEP for adults at high risk of sexually acquiring HIV-1 infection, less than a month after South Africa’s Medicines Control Council approved its use. Prior to that time, the World Health Organization (WHO) recommended PrEP as an additional prevention option for all people at substantial risk of HIV infection worldwide in September 2015. After the approval in Kenya, demonstration trials were carried out in the country to ascertain the effectiveness of the drug, in collaboration with the United States Center for Disease Control, Sex Worker Outreach Programme and the Liverpool VCT Care and Treatment.

A report by Avert on Kenya, found that men who have sex with other men, people who inject drugs and sex workers were more susceptible to HIV than others.

It turns out that ahead of the drug’s roll-out, 1000 Kenyan commercial sex workers in the country are using the drug to protect themselves against the deadly disease due to the nature of their job. Following the actions taken by both countries, other African countries could model their HIV/AIDS prevention plan after South Africa and Kenya by approving the drug for susceptible people. For instance, the young women who are in the business of sex and the men who have sexual relations with other men.

About the commercial sex workers

The Liverpool VCT Care and Treatment research manager, Jordan Kyombo, said they ensure the sex workers test negative to the HIV virus before they are enrolled in the trials and are given Truvada, after which they get a month’s subscription. “The pills are packed in a white can with a memory cap — Mem’s Cap — to remind the sex worker to take the drug. Once the trials are complete, research will be conducted to look into the concerns being raised by the sex workers, including the side effects, infrastructure issues and the cost of rolling out PrEP across the country,” he said.

Organisers of the demonstration trials in Kenya are yet to ascertain how differently or alike the users’ body systems will react to the drug. The East African reports that the pill’s blue colour might be a challenge to users who prefer the pills come in a white colour. Ms Wanjiku is concerned about its blue colour. “I carry my PrEP pill in my bag, and when I am going into the club at night and my bag is searched, the bouncers stop me at the entrance because they immediately conclude that I am HIV-positive and fear that I will infect their clients,” she said.

KENYA IS THE SECOND AFRICAN COUNTRY TO CONDUCT HIV TRIALS USING THIS PREVENTIVE DRUG Reviewed by samrack on March 10, 2016 .

KENYA IS THE SECOND AFRICAN COUNTRY TO CONDUCT HIV TRIALS USING THIS PREVENTIVE DRUG Kenyans are set to have full access to the use of Truvada (TDF/FTC for PrEP), a newly-approved HIV/AIDS combination therapy drug, consisting of Emtricitabine and Tenofovir, later this year. The East African reports that the drug works by inhibiting the key enzyme, reverse transcriptase,