We do not have money to extend voter listing, IEBC says 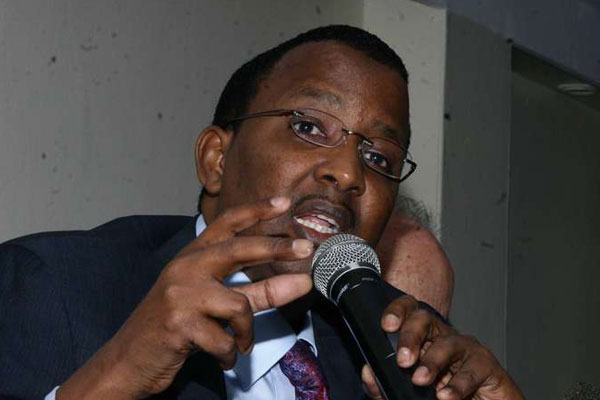 We do not have money to extend voter listing, IEBC says

The Independent Electoral and Boundaries Commission (IEBC) has ruled out extending the on-going mass registration of voters, saying it would require Sh1.5 billion to extend it by two months.

Senators had wanted the electoral body to add two more months for the mass registration set to end mid this month, but the agency said it did not have extra funds to do so.

IEBC chairman Issack Hassan told the lawmakers, through a statement to the House on Wednesday, that the commission had not been allocated adequate funds in the current financial year to conduct registration for the past one month.

The on-going exercise that began on February 15 is set to end on March 15.

“Extension of the Mass Voter Registration exercise will require additional funds to the tune of Sh1.5 billion to enable the commission put in place the required operational support systems ranging from human resource, security, logistics, transport, wages and information and educational material just to mention a few,” said Mr Hassan.

The statement read to the House by Makueni Senator Mutula Kilonzo Jr, a member of the Legal Affairs and Human Rights Committee, was in response to concerns raised by Senators who said the on-going registration would not be able to achieve the targets because of the few BVR kits distributed to the counties.

Nominated Senator Catherine Mukiite had asked the commission to extend the exercise by two more months so that more potential voters could register.

Mr Hassan said the exercise will instead continue at constituency level as has been doing before the mass registration.

“The commission will carry on with the constituency based voter registration after March 15 2016 in line with Article 88 (4) (a) supported by the annual ceiling resource allocation,” the IEBC boss added saying this will continue until May 2017.

The on-going registration, being done at the wards, has failed to hit the target of four million new voters.

Mr Hassan said they had requested Sh2 billion to cover comprehensive voter registration this year but were only allocated Sh500 million.

“Under the Sh2 billion the commission had planned to roll out voter registration campaign beyond the ward level to the lowest unit which is the registration centres,” he told the House.

We do not have money to extend voter listing, IEBC says Reviewed by samrack on March 10, 2016 .

Share thisFacebookTwitterPinterestEmailWhatsAppIndependent Electoral and Boundaries Commission Chairman Issack Hassan. FILE PHOTO | EVANS HABIL | NATION MEDIA GROUP We do not have money to extend voter listing, IEBC says The Independent Electoral and Boundaries Commission (IEBC) has ruled out extending the on-going mass registration of voters, saying it would require Sh1.5 billion to extend it