The beauty queen at the centre of the Simple Homes scandal converted to Islam as a disguise, changed names and relocated from Nairobi to Malindi where she is living with the mastermind of the scheme. The Standard on Sunday can reveal that the last son of independence hero Argwings Kodhek, also known by a similar name, was the mastermind of the scam in which unsuspecting Kenyans lost more than Sh500 million in payments for non-existent houses. Lilian Wangui, alias Kui Rukwaro or Lee Rukwaro, 27, who was the face of the scam and referred to herself as the owner of the company, is now known as Maryam Wangui. She does not use a mobile phone and doesn’t walk in public without a niqab, a veil covering the head worn by Muslim women when they are not in front of their immediate family members. The two are living together probably waiting for the heat to die down. They are said to be lovers.

Kodhek has been behind two other similar schemes in the past, including one in the UK which led to his deportation, according to a source from the Directorate of Criminal Investigation (DCI). Wangui, the Murang’a County 2013 Miss Tourism, may have as well turned herself into a ghost, making it difficult for her to be tracked down or arrested. A watchman at her former residence in Ruaka, Kiambu County, said that he has not seen her for two months. “Huyo msichana wa Bui sijamwona karibu miezi mbili sasa. Hata gari yake. (I haven’t seen the girl who wears veils or her car for two months now),” the guard said. ALSO READ: Finish architectural firm to design, supervise Cytonn’s Sh15b project Kodhek, also known as Sheikh Yasin or General Agwati, is a flamboyant and publicity obsessed person who pays bloggers to write about him. He had two Facebook pages but deleted one which had photos depicting an extravagant lifestyle, after this writer sent him a friend request on Wednesday night. His second Facebook page has the interior of a Mercedes Benz as the cover photo. 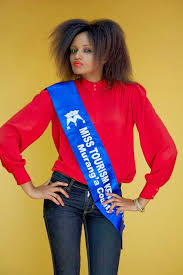