Home  › Diaspora › Entertainment › Kenya › Kenya Diaspora News › Lifestyle › News › U.S Diaspora › Churchill: I was having a meal when I got ‘news’ that I was dead 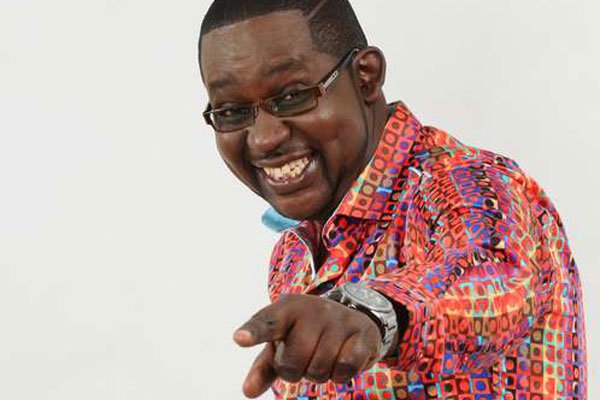 Comedian Daniel “Churchill” Ndambuki. A blog, thought to be based in the United Kingdom had reported that he had died in a grisly road accident on the Maai Mahiu-Suswa Road. PHOTO | COURTESY

When comedian Daniel “Churchill” Ndambuki learned of his untimely “death”, he was having lunch, busy scrolling through his social media timelines.

And even after reading the sensational headline, he laughed it off because on one too many occasions, he has read stories of celebrities about whom death hoaxes have been propagated.

“It didn’t worry me at first because it is something that I have seen happen to my friends like Maina Kageni and Nonini. Being a comedian, there are things you can brush off. But when I started getting those important phone calls from relatives…,” he told the Sunday Nation.

A blog, thought to be based in the United Kingdom, had reported that Churchill was involved in a grisly road accident on the Maai Mahiu-Suswa Road. The blog described how the accident occurred and even had quotes from relatives and police. Images of the “accident” were also shared on WhatsApp.

Churchill, who was jovial during the interview with the Nation on Saturday, said he did not understand why the news of his death was such a big deal.

However, his only problem was “those people who relay the information after reading it on the internet without confirming anything first and proceed to spread the news”.

PEOPLE WILL MISS HIM

The comedian, who has been in the entertainment industry for more than 15 years, joked that hopefully, 50 years from now when he truly dies, people will still miss him.

Churchill is sceptical that the disturbing trend of “killing” celebrities on the internet will end any time soon.

“You can’t stop social media, these people will just open other fake accounts,” he said.

After news of his supposed untimely demise, Churchill revealed that he received too many phone calls from concerned friends and family asking whether he was okay.

“I had to switch off my phone because I was getting so many phone calls and I was tired of saying, ‘Niko hai bado (I am still alive). I am not receiving your call from heaven’,” he joked.

While Churchill took the news of his fake death in his stride, radio and television presenter Willy M. Tuva was “hurt and disappointed” that people would be so cruel as to concoct stories of his death.

Last year, a local blog reported that the renowned presenter was among the victims who died in the horrific Naivasha accident that claimed the lives of 40 people.

“It is a painful experience when people create such stories at the expense of celebrities. It affected me as a family man and a celebrity because that incident was so sad,” he said.

WOKE UP TO A PHONE CALL

Mr Tuva woke up to a phone call from his friend Susumila, a musician, asking him whether he was okay.

“When I questioned why he would ask me that yet we were on phone speaking he told me ‘let me send you something first then we can talk’. After reading the news of my supposed death all I could think of was: what if somebody called my mother and told her I was dead?”

After reading the story, he immediately posted it on his family’s WhatsApp group assuring everyone that he was okay.

“It is time to take action on these fake news sources. It is not funny at all. It is about time rules were set up to monitor this trend,” he said.

Social media sites like Facebook and Twitter have a way of spreading news like wildfire especially when it comes to celebrity death hoaxes. Over the years, it has helped “kill” international celebrities like Oprah Winfrey, Britney Spears, Sylvester Stallone, Bill Cosby and Miley Cyrus among others.

Musician Charles Njagua Kanyi, popularly known as Jaguar, was last year in August a victim of a fake news item that claimed he died in an accident that occurred along the Nakuru-Nairobi highway. The blog claimed two people had died and he was one of them.

Share thisFacebookTwitterPinterestEmailWhatsAppComedian Daniel “Churchill” Ndambuki. A blog, thought to be based in the United Kingdom had reported that he had died in a grisly road accident on the Maai Mahiu-Suswa Road. PHOTO | COURTESY  Churchill: I was having a meal when I got ‘news’ that I was dead When comedian Daniel “Churchill” Ndambuki learned of