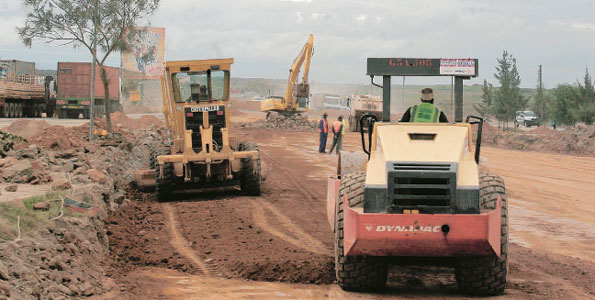 The 12-year infrastructure bond, which is up for sale for the next two weeks at the Central Bank of Kenya (CBK), will later be listed at the Nairobi Securities Exchange’s secondary market from Feb. 28.

“The Central Bank, acting as a fiscal agent for the Republic of Kenya, invites bids for the 12-year fixed coupon Treasury bond, whose purpose is to fund projects in roads, energy and water sectors,” said the apex bank in a prospectus Tuesday.

Interest rate on the bond, the second one to be floated this year, has been set at 12.5 percent, and is lower than the cancelled January bond, whose yield stood at 13 percent.

CBK Governor Patrick Njoroge last week said the regulator cancelled the bond due to bids that were outside the yield curve and added the institution would not hesitate to turn down high bids by investors seeking to capitalize on the government’s high appetite for funds.

“When they put in their bids, they were not large and some of the prices were way outside the yield curve. There is a feeling that the government has insatiable need to borrow and that is why some of them are bidding on crazy rates,” said Dr Njoroge.

Analysts expect the 12-year bond to perform well since the money market has witnessed increased liquidity in last week as a result of reduced Treasury bills primary issues and transfer from banks.

Share thisFacebookTwitterPinterestEmailWhatsAppKenya floats 12-year T-bond for roads and energy projects Kenya has put up for sale Treasury bond worth 288 million U.S. dollars for infrastructure projects two weeks after cancelling a similar bid, its central bank said Tuesday. The 12-year infrastructure bond, which is up for sale for the next two weeks at the Central