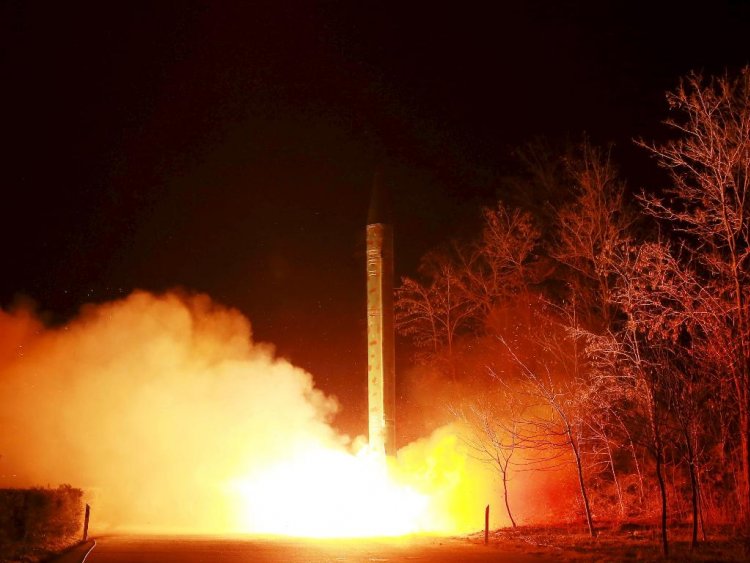 A ballistic rocket launch drill of the Strategic Force of the Korean People’s Army (KPA) is seen at an unknown location, in this undated photo released by North Korea’s Korean Central News Agency (KCNA) in Pyongyang on March 11, 2016. Photo/REUTERS

“We urge North Korea to refrain from conducting nuclear and ballistic programme and engage constructively with the international community to achieve peace and stability in North East Asia,” a verbales from the Ministry of Foreign Affairs to missions abroad said.

A verbale is a diplomatic communication prepared in the third person and unsigned.

It is usually less formal.

Kenya has called on President Kim Jong-Un to refrain from the tests.

On August 6, 1945 was one of the deadliest use of a nuclear bomb during the World War II in which the US army dropped a bomb in the Japanese city of Hiroshima and Nagasaki killing 80,000 and 40,000 people respectively in a single strike.

Tens of thousands more would later die of radiation exposure.

After the catastrophic strike, an estimated 35 million signatures were collected to ban the use of nuclear weapons in 1963.

Kenya said if at all the January 6 test is true, then it will further raise tension in the Korean peninsula.

The country said the test is a violation of the United Nations Security Council resolutions passed in 2006 governing the use of nuclear material.

“Such a provocative act will inevitably lead to further tensions in tha region and seriously hamper efforts to find a solution to nuclear problem. Kenya calls on all states to keep off such tests and urge all who have not done so to accede to the comprehensive nuclear test ban treaty as soon as possible,” the verbales said.

The move has raised tension in the Korean peninsula.

In one of the Korean Central News Agency statement which is a State media , North Korea threatened to turn South Korea’s capital city, Seoul and Washington into “flames and ashes”.