Jomo Kenyatta and his love for Green Ink

Jomo Kenyatta and his love for Green Ink

Speaking of Kenyatta and British intelligence, one of the things that Jomo picked up during his stay in Britain was using green ink. This is significant, because every subsequent Kenyan president has used green ink in official correspondence and documents. It became so unique that the education system refused (and probably still does) to let students use green ink. 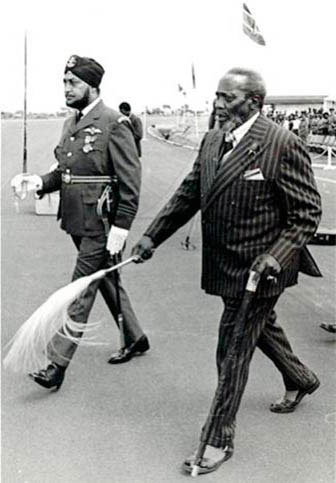 The earliest mention I can find of Jomo using green ink is in the late 1940s as he signed checks and documents. He used it to scribble a note to his lawyers the night he was arrested in 1952. It was also the color he used years later to cancel out names of his close friends, Mbiyu Koinange and Arthur Wanyoike, from the parliamentary report on JM Kariuki. Authentic correspondence from him, before and during his presidency, was always in green ink. 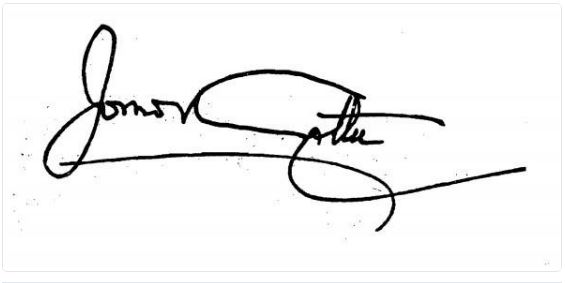 The use of green ink seems to originate from the British military, but it was popularized by the first MI6 director who used only that color to sign simply “C” at the end of documents. You might have seen it in James Bond movies as the color “M”, Bond’s mysterious boss, uses. It was also used by different colonial governors and in the military, the home of hierachy, for the topmost ranking officers.

While it doesn’t seem like a big issue in Kenya, it nearly brought an entire ministry in India to a halt. Two officials in the Ministry of Steel used red and green ink, triggering a crisis that took 18 months to resolve. Resolution included discussions with different government departments to find which colors were right in which hierarchies. If this sounds absurd, it’s even worse because when you learn that it happened in 2007.

In Kenya, green was strictly for the occupant of the big house. Moi, in true style, retained this odd quirk. So whenever green ink comes up as a reference in the Hansard, it symbolizes the imperial power of the presidency. Students were whipped back into writing in black or blue ink, and teachers almost always mark in red. Writing in green was almost the same as pretending to be the president.

But why green? No one knows for sure. The leading theory is that it separates the original from any forgeries and it stands out. That tells you the signature above is a photocopy of an original.

The first President of the Republic of Kenya Mzee Jomo Kenyatta and the second President Daniel Toroitich Arap Moi have gone down in history as the two Kenyan Heads of State who wrote using green pens in all their official documents.

The colour came to be associated with the top seat and it was mentioned several times during parliamentary debates to connote the sovereign power of the President.

This practice originated with Mzee Kenyatta after his stay in Britain and the first document he wrote using the green ink was a note to his lawyer after he was arrested in 1952.

The country’s founding father is also reported to have used the same ink to cancel the names of his two allies Mbiyu Koinange and Arthur Wanyoike from the parliamentary report on the murder of former powerful MP, the late J. M. Kariuki.

His successor, President Moi continued the tradition to the extent that writing in green ink during the ‘Nyayo Era’ was tantamount to pretending to be the President.

Historians speculate that State House adopted the colour because it stood out and would easily differentiate an original document and a forgery or a photocopy.

Another country that has adopted the colour for official state communications is India.

In 2007, the nation was thrown into an 18-month-long power struggle within the government after officials in one ministry used green instead of red.

Stay Home. Be Safe As you make passive income with Optiven App-Shamba Mkononi

Stay Home. Be Safe As you make passive income with Optiven App-Shamba Mkononi