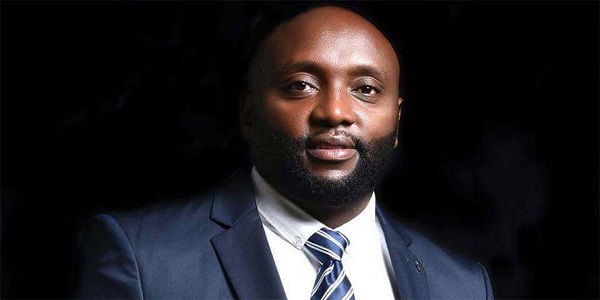 From a construction casual labourer to owner of a multi-million real estate company; that basically sums up the intriguing story of Mwenda Thuranira, the proprietor of Myspace Real Estate Company.

The firm manages property worth Sh25 billion, with the number of its employees nearly hitting a 1,000 mark.

Mr Thuranira has managed to make a name for himself in this sector through a wealth of experience gained while working in construction sites in the US.

In the last four years, Myspace has rapidly expanded, incorporating four other companies all related to the real estate industry. The companies include a specialised property and homes magazine, a property construction and management company, a homes and property expo subsidiary and a media firm that serves the advertising needs of all four entities.

With sheer resilience and firm desire for success, he tried out various lines of careers, before finally settling on real industry enterprise. He began by studying travel operations and later piloting. Consequently, his career journey kicked off in the travel and tourism industry where he worked as a customer service agent for an international airline company.

He did not however last long in the job as he was forced to go back to the drawing board when the company shut down its passenger terminal in Nairobi.

This somehow threw him off balance in terms of career plans, and was compelled to think fast in order to get back on his feet. His focus led him to travel to the United States to study a new course, unrelated to what he was previously doing.

“That was in the year 2000 when I travelled to the land of opportunity to study piloting at Dallas University in Texas,” he adds.

But what he thought would be the start of an exciting career flying planes didn’t take off in line with his expectations. By the second year into studies, he was already bored and searching his soul for something meaningful to do.

But this did not mean his stay at the university would go to waste. He completed his course, and even acquired a private piloting licence.

It was while he was studying piloting that he was introduced to construction and real estate.

“During my time at the university, I worked at a construction site as a casual labourer, and in the process fell in love with buildings,” he adds.

Also, spending hours flying during his piloting lessons gave him a chance to gaze at some of architectural marvels in Texas, fanning even more his love for construction.

This inspired him to want to sharpen his skills in construction. He enrolled at the Real Estate Business School at the University of Dallas in Texas. The course he says, made him have a deeper understanding in the business. In Texas, he worked for several companies before deciding to try his luck in the business.

Mr Thuranira told Enterprise he realised there was a lot of money to be made in the sector, especially from the middle class with financial muscle to buy property.

While in the US, he walked into a bank and borrowed a loan of $ 20,000, which he used to buy and renovate a house. He later sold the house for about $ 40,000, doubled the amount he had spent on it. And this is how his enterprise started.

“I remember my fist trial was a success. I walked into a bank and asked for a loan which I used to buy a house. I renovated it and after selling it, I made double profits,” he explains.

While in the US the challenge was getting white clients to trust him and agree to do business with him. However, he deployed his persuasive skills and overcame the challenge. And thanks to his business acumen, his startup began to take a firm root.

His business would be on an upward trajectory until a nightmare happened. The 2007 financial crisis hit the real estate business in the US like a tonne of bricks. His business came tumbling down as the edifice of property boom went burst.

Down but not out, Mr Thuranira started to relocate to Kenya to try his luck.

In 2008 he landed back home and began the process of putting together the shattered pieces of his business dreams.

Six months down the line, after a myriad of research about real estate venture in the country, he launched My Space Properties.

Having attained a sound financial base in th US while armed with a wealth of experience, it was not long for his business to take off.

When starting out in Kenya, he encountered a number of challenges key of which was lack of information and unstructured real estate sector. Some of his projects also failed to take off.

Mr Thuranira advises real estate startups to build a good name, network and always be “where opportunities are.

What are his plans? He is targeting commercial real estate especially mini malls.

How a casual labourer in Dallas Texas built multi-million real estate empire in kenya Reviewed by samrack on March 26, 2020 .