How State plans to deliver 500,000 homes in five years 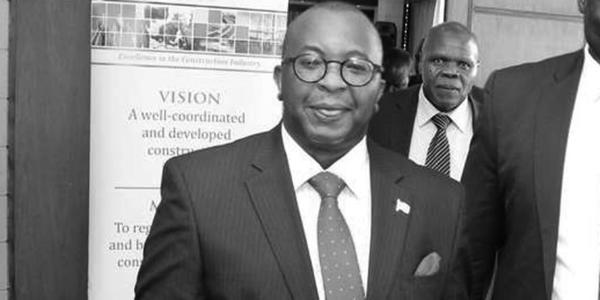 How State plans to deliver 500,000 homes in five years

Housing principal secretary Charles Mwaura worked and lived in South Africa for nearly 20 years before he was plucked from his private sector job and given the senior public service job early this year.

The PS, arguably one of the sharpest brains in President Uhuru Kenyatta’s government, has set his sights on changing Kenya’s housing market and has spent the past couple of months setting the stage for what he promises will be a big shake-up of the status quo.

Indeed, changing the housing market is what Mr Mwaura sees as his mission in government and Kenyans are eager to see how he goes about doing it.

He spoke to the Business Daily about the policy and action plans in store.

I hope you appreciate the mammoth task before you that is fixing Kenya’s chaotic housing sector. What in your assessment are the biggest impediments to the provision of decent housing in Kenya and what’s the way out?

It really is a question of availability and affordability. And it begins with the cost of land in Kenya, which is probably the highest on the continent. Construction costs are also high, partly because of the outdated building code in use.

We have for long stuck with traditional building materials, like stones, which take a lot of time to build and cost a lot more.

Third, our low demand, curtailed by lower purchasing power in comparison to a place like South Africa, has robbed the market of economies of scale. This essentially means that developers cannot do mass housing projects that would justify adoption of industrial techniques to produce standardised parts like doors and panels in bulk to lower costs. This too has affected project financing.

We, instead, see developers setting up only a few housing blocks at any given time, confident all the few units will be snapped up to enable them repay loans, but denying them economies of scale needed to drive down costs.

What can be done to address these challenges?

Also notice that property transfer in Kenya takes nine months to complete, if it’s mortgage, and six months for cash transactions. Here is a developer, who has set up units ready for sale, most likely on loan but cannot sell for the nine-month period. Remember he is probably already paying interest on the capital used to construct the units. This cost incurred during the waiting period becomes a pass-through charge on the eventual buyer.

So what are we doing?

The ongoing digitisation of property transfer transactions, along with the establishment of a one-stop shop for regulatory approvals, should cut transfers down to one month, maximum.

As I noted earlier, the country’s relatively lower purchasing power has discouraged investors from setting up mass housing projects. To resolve this, we have introduced an investors’ exit clause. We’re saying if you put up a number of housing units, and after, say five years you have not sold some units, the government will buy them at predetermined rates.

There are plans to build half a million decent, low-cost houses by 2022. When can we expect the groundbreaking?

How much will the units cost?

Since the cost of land and infrastructure has been absorbed by the government, the units should be significantly lower than market rates.

Having been in South Africa for over 15 years, How does the country’s property market compare with Kenya’s?

In Kenya, mortgage is between four and six times more expensive than the cost of renting. That’s why most urban residents opt to rent; not that they love renting.

It’s a function of cost. Down South, the cost of mortgage is almost the same as rental cost. It’s one to one, meaning I can take a mortgage and rent out the units and repay it without breaking a sweat, provided I’m eligible for the home loan in the first place.

Then again, South Africa is largely a social welfare state. There, if you’re in a given minimum wage, the government owes you a house. Kenya is not a social welfare state. But what we’re going to do differently is to highly subsidise the planned units for low-income earners through tenant purchase schemes, also known as rent to own. Nairobi’s Eastlands estates, for instance, and slums will host half of the 500,000 units to be put up by the State in the next five years.

The National Housing Corporation (NHC), created to address the issue of State-backed housing, has achieved little. Why?

Because the NHC has not been receiving enough government funding, it has been forced to compete with private developers. It’s developing houses but only for the high end. We’re now reshaping it to be integral in terms of delivery, along with creation of a Housing Fund — a statutory fund.

How will you manage land cartels in the housing scheme?

Housing PS Charles Mwaura. FILE PHOTO | NMG  How State plans to deliver 500,000 homes in five years Housing principal secretary Charles Mwaura worked and lived in South Africa for nearly 20 years before he was plucked from his private sector job and given the senior public service job early this year. The PS, arguably