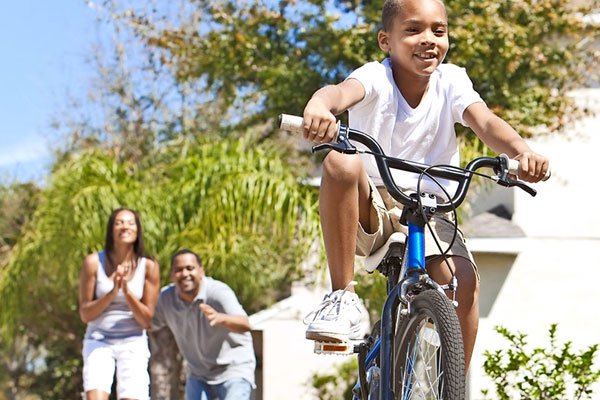 During weekends, after school and holidays, children have to be taken to open fields and parks under the supervision of their parents to play. PHOTO | COURTESY

In an indoor playground in a Nairobi shopping mall, parents sit on chairs watching their children like hawks. Any movement, which is ideally child-play, and the parents fret that their offspring will injure themselves badly unless ceaselessly watched, yet the playground is rubber-cushioned.

On weekends or holidays, most parents cannot let their children play outdoors unsupervised. Whether it is football or dance, child-play is well-organised and paid for in country clubs or estate fields. Middle-aged parents race around playgrounds following toddlers every time they almost fall.

Have modern Kenyans become ‘helicopter parents’, that they are taking an overprotective and excessive interest in their children, derailing their maturity?

Child psychologists believe that this is an age of crisis, an era in which children are overly sensitive, lack confidence and cannot survive without the assistance of their over protective parents.

In the process, a generation is being created that cannot handle complex emotional, mental or physical tasks, and as some put it, ‘people who cannot handle rejection or take a ‘No’ for an answer.’

“What we are seeing is worrying even in terms of social relationships. Because not being able to take a rejection or a no as an answer is evident of people who cannot build resilience,” says Millicent Ayimba, a clinical psychologist who specialises in parenting skills and personal development.

She adds that there is a growing obsession among modern parents, to create an environment that is almost perfect for the children.

Yet this modern parenting, where children lack freedom to choose playmates, decide which time they would go out to play or even where, affects their ability to develop identity and emotions.

“When parents are so much over their children it means that they are not allowing them to use their skills appropriately or develop. Such parents deny the children the space to make mistakes and correct themselves to be better problem-solvers and decision makers,” says Ms Ayimba.

“Helicopter parenting”, where fathers and mothers hover over their children ready to fly in to rescue them, has become a global problem, especially among the well-to-do families.

While it is normal for parents to protect their children, the biggest problem is that they try to create a perfect world in which the children should not face discomfort, struggle or even disappointment.

According to Ms Ayimba, because of fear of failure, parents find themselves in an awkward position where they do most of the things for their children, including those that they can do independently at different stages of growth.

So what is wrong with helping a child to do everything?

“This model of parenting is what contributes to having adults who literally must be taken care of into their 30s or 40s. Right and wrong is not something that can be taught overnight, it’s something that is nurtured with every step that a child makes as they grow up,” she says.

The limited space that is caused by being overprotective may also be blamed for the increasing number of children who have developed fear and anxiety of going out to play, studies suggest.

According to experts, children nowadays have to be forced to go out and play. During weekends, after school and holidays, they have to be taken to open fields and parks under the supervision of their parents to play.

“A child needs play in almost every aspect of their development: be it physical, intellectual or emotional. Play builds a child all-round. .The monitoring of a child when it comes to play or picking experiences from their environment should be from a distance,” says Ms Ayimba.

She adds that raising independent and responsible children is never about waking up and “deciding that you want to teach your child how to face the world.”

Clinical psychologist Millicent Ayimba. She says that because of fear of failure, parents find themselves in an awkward position where they do most of the things for their children, including those that they can do independently at different stages of growth. PHOTO | DIANA NGILA | NMG

There is an aspect of verbal guidance and training systematically over the whole period where as a parent you get to see a child grow to be confident.

The psychologist says that many things that children learn from birth to adulthood occur naturally. Getting over involved in the process is a hindrance to a child’s development of social, cognitive and emotional skills and in some cases even physical development.

However, for most middle-class parents who were brought up in poverty, they would not like their children to go through what they went through growing up.

Dione Oguna, a communication consultant in Nairobi and a mother of one, says that she has not developed a formula to guide her six-year-old daughter into a responsible adult, but tries her best to show her the right way.

“I don’t worry much about my parenting style, I try my best. Parenting has no manual and this is my first so I have no benchmark. What worries me though, not so much, is maybe the fact that as a parent I try to make up for where I feel my parents failed,” she says.

She says what works best for her is occasionally having a chat with her daughter about what is right and wrong, unlike parents in the 70s or 80s. She also allows her to play without a lot of supervision.

“We can talk about what she wants and doesn’t. For example, she will occasionally tell me she doesn’t feel like going to school, I won’t get angry, or push her to go to school, I instead find out why,” says Ms Oguna.

Sylvia Mutanu, who does business and spends most of her time travelling, is of a different view. She explains that her children, whether she is around or not, must be closely monitored, and their father steps in, in her absence.

“I leave early and come back home very late and sometimes I miss to take care of my children as I would. So whenever I get time, I have to get involved in everything they do to catch up and cover the ground lost,” she says.

Unlike Ms Oguna, Ms Mutanu says that while she is still alive, her children must get all within her means, and she has to follow them every step as they grow.

In her case, Ms Mutanu finds herself always trying to compensate for the time she spends away.

According to Ms Ayimba, overcompensation because of absenteeism is wrong.

For parents who are away, she says that it is good to help the children understand the circumstances.

“Helicopter parenting”, where fathers and mothers hover over their children ready to fly in to rescue them, has become a global problem, especially among the well-to-do families. PHOTO | FOTOSEARCH

Nevertheless, even with absentee parents, they should only make limited interference to the children’s normal life when around.

“Absentee parents find themselves in situations where they become overly protective when they are around. The biggest mistake is that as they try to make up for the lost time, they compensate for something that they are not aware of,” explains Ms Ayimba.

A parent missing completely from a child’s life is equally detrimental. Children would want to identify with their parents. Parents who are not present in their children’s lives need to open communication channels and make their children understand why they are not there, says Ms Ayimba.

They need to address the feelings that the child may be harbouring in terms of the fear and probably any other question about their being absent.

Joshua Wafula, an architect who only spends weekends with his children as most of the days he gets home late, believes that the generation of children being brought up is “weak and very sensitive.”

Many people who grew up in Kenya in the 1970s and 80s remember a low-pressure childhood with a lot more freedom and independence than today’s children enjoy.

“We used to entertain ourselves, fight and solve our own problems and survive on the minimum without complaining. But our children cannot even stand being called names and as parents we have to get them toys to play,” says Mr Wafula, a father-of-two.

Children should be allowed to experience their fair share of struggles and failures.

Ms Ayimba believes that parents who say they do not want their children to pass through what they did misses the point as “sometimes what they went through is what built them or made them better people”.

As a psychologist who has handled a number of cases on parenting, Ms Ayimba agrees that bringing up children may not be an easy task.

She says that parents need to spend considerable time with their children and get to understand them, but should monitor some of their activities from a distance as giving them space allows them to learn how to go about tasks independently.

“Parenting is all about the parents being observant, being able to understand their emotions, their past and environment so that they can come with the right blend of skills to bring up a child independently as a unique human being,” explains Ms Ayimba.

How modern parents are raising weak children Reviewed by samrack on May 4, 2019 .

Share thisFacebookTwitterPinterestEmailWhatsAppDuring weekends, after school and holidays, children have to be taken to open fields and parks under the supervision of their parents to play. PHOTO | COURTESY How modern parents are raising weak children In an indoor playground in a Nairobi shopping mall, parents sit on chairs watching their children like hawks. Any movement,