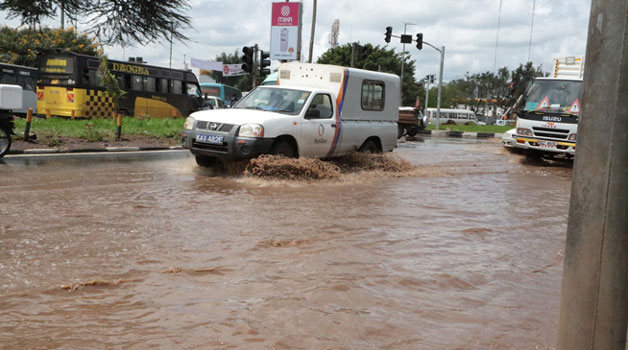 The committee heard that domestic and international debt repayment was also exacerbating the cash flow problem the government was facing.

NAIROBI, Kenya, Oct 21 – Financial analysts are now warning that Kenya is treading on a wobbly economic base if it does not take drastic interventions to fix the current financial crisis.

Whereas some of them differ on the degree of how bad the economic situation is, they are all in agreement that it is not anywhere near a comfort zone.

“We are having a funding a gap… basically the government could not sustain the current expenditure with the current revenue it is earning,” Kevin Kangogo of Pan Africa Asset Management warned during an interview with Capital FM News.

National Treasury Cabinet Secretary Henry Rotich recently admitted to the Parliamentary Committee on Budget and Appropriations that the government was facing a cash crunch attributing the shortfall to a lower than expected revenue collection, high interest rates and the strengthening of the dollar against the shilling.

The committee heard that domestic and international debt repayment was also exacerbating the cash flow problem the government was facing.

There has been growing concerns over delayed disbursement of funds to counties, some civil servants including teachers had not been paid their salaries while free primary education funds had not been released on time.

Is Kenya headed the Greece way?

But even as the CS reassured that the cash crunch was a temporary situation, the Treasury was embarking on several measures to improve cash flow and financial experts warn that it is a dangerous trend for any country.

They expressed concern over the government’s monetary and fiscal management of the economy, with similarities being drawn between Kenya and Greece.

Pan Africa Asset Management likens the onset of the Greece economic and financial situation to the current situation facing Kenya.

“Basically, the Kenyan government cannot sustain the current expenditure from the current revenues they are earning. If you look at the Greece crisis and how it started, this (Kenya’s) situation is a photocopy of what happened in Greece,” Kangogo explains.

Misappropriation of funds, both at the national and county government, remains a challenge to national treasury.

Indeed, Rotich admitted to the parliamentary committee that the government needs to tighten monetary policy and curb wastage in government departments and ministries.

A stark reminder on the need to curb runaway corruption is a Sh8 Billion allocated by the national government to mitigate the impact of El Nino rains.

As of June 2015, the country had a budget gap of 506 billion up from 200 billion in 2010, with a marked increase in borrowing by 131 percent in the last one year to finance massive infrastructure projects like Standard Gauge Railway (SGR) and LAPPSET.

“Greece borrowed so much from neighbouring states that they had no option but to default. In Kenya, the Treasury recently defaulted on a CBK loan and they have delayed paying IMF and requesting for waivers,” Kangogo says.

The next stage in Greece’s meltdown was announcement of austerity measures which included increased taxes, slashing government expenditure and massive privatisation programs.

“In Kenya, we are seeing the government introducing new taxes and some flagship projects like annuity road and irrigation while some suppliers have not been paid for months,” he added.

John Mutua, Head of Public Finance Management Programme at the Institute of Economic Affairs, however, is cautious to compare Greece with Kenya, saying although Treasury needs to tame the runaway public expenditure, the critical question is whether the mega infrastructure investments will pay off for the country.

“Budget deficit has routinely been rising but we also have to factor the growth of the GDP. The government needs to contain the public wage bill and manage debt prudently to secure current growth,” he says.

He argues that though Kenya’s debt is high, it is manageable.

This is a factor Treasury Permanent Secretary Kamau Thugge echoed saying the US and Japan were servicing a debt that is 100 percent and 200 percent of their GDP respectively.

Muthusi explains countries like Greece, unlike Kenya, have large social safety nets that result into political problems when the government cuts backs on these social services as part of austerity measures.

Muthusi, however, advises prudence when it comes to borrowing and spending to expand the economy compared to borrowing to finance recurrent expenditure.

Experts warn Kenya treading on shaky economic base Reviewed by samrack on October 18, 2015 .

Share thisFacebookTwitterPinterestEmailWhatsAppThe committee heard that domestic and international debt repayment was also exacerbating the cash flow problem the government was facing. Experts warn Kenya treading on shaky economic base NAIROBI, Kenya, Oct 21 – Financial analysts are now warning that Kenya is treading on a wobbly economic base if it does not take drastic interventions