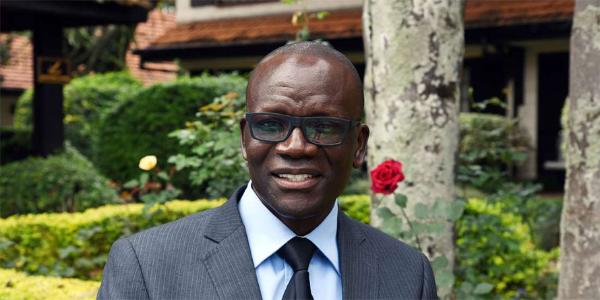 Despite launching what was described as aggressive economic diplomacy a few years ago, Kenya’s balance of trade is still heavily skewed in favour of bilateral partners, especially the Asian nations.

While the country has been seeking to cultivate close business ties with countries such as China, India and the United Arab Emirates, trade with these countries is still immensely tilted against Kenya.

China, India, UAE, among other countries, exported goods valued at billions of shillings to Kenya in the first quarter of this year. However, what Kenya exported to these markets was worth a measly sum. One of the reasons experts have cited for this poor show is that Kenyan exports are largely raw materials that can only attract low prices.

China’s exports to Kenya during the period amounted to Sh117.9 billion, with the goods shipped being mainly raw materials and machinery for infrastructural projects. Others were mobile phones, electronics, clothes, among others.

As Kenya brings in products worth billions from China, what it exports to the Asian country does not feature among the top importers of any of the local goods.

This, despite recent top-notch engagement between Kenyan and Chinese government officials. With such unbalanced ties, Nairobi is missing out immensely, considering that Beijing is the second largest economy in the world after the United States.

Being such an economic giant globally, China holds a huge trade potential for Kenya that economists say needs to be exploited.

Kenya brought in goods worth Sh64.9 billion from India, but there is no mention of any meaningful Kenyan exports to the Asian nation, representing another missed opportunity.

Experts have always stated that Kenya should be having strong trade ties with India, taking into account the fact that there are more than one million Kenyan citizens of Indian origin that run manufacturing firms, among other businesses in the country.

The report, the Leading Economic Indicators (LEI), for the first quarter of 2018, says that UAE businesses earned Sh56.24 billion from Kenya, while local companies earned a paltry Sh7.9 billion from goods sent to the Arab nation. Saudi Arabia, which sells mainly oil products to Kenya, raked in Sh47 billion while receiving Kenyan goods of negligible value.

Japan is also largely a one-sided trade partner for Kenya. Tokyo mainly sells vehicles to Nairobi. Other products are industrial machinery, infrastructural building materials and electronic items. From these, Japan earned Sh29.9 billion in the first quarter of this year.

The LEI, prepared by the Kenya National Bureau of Statistics, also names South Africa as a major exporter of goods to Kenya at Sh22.9 billion but is not among the top 10 importers of Kenyan goods. Germany, locally known for its top-of-the range vehicles, earned Sh13.73 billion from goods sent to Kenya, and imported goods worth Sh4.73 billion from the country.

Economic analysts, however, say the trade prospects do not look entirely gloomy. For instance, several Chinese firms are setting up camp in Kenya to manufacture goods for the larger East African region. Orders of Kenyans goods by these countries have also been increasing, albeit slowly.

Flower firms are also getting more business from Japan, the third largest economy in the world. Mr Tulezi is optimistic regarding the Kenya-Japan trade balance, as several Kenyan flower companies are now reporting direct sales to Tokyo retail chains.

Kenya appears to be reaping from the 6th Tokyo International Conference on African Development (Ticad VI) held in August 2016 at Nairobi’s KICC that attracted Japanese multinationals as well as 35 African presidents.

But not all Kenya’s bilateral ties with developed nations are skewed against it. Kenya earns more from export to some of these countries than it pays for imports. Netherlands, UK and France imported goods of a higher value than what they exported to Kenya, shows the report.

Netherlands’ value of imports from Kenya, mainly flowers and horticultural products, at Sh17.8 billion, was higher than goods it exported to Kenya valued at Sh7.3 billion in the first quarter of this year.