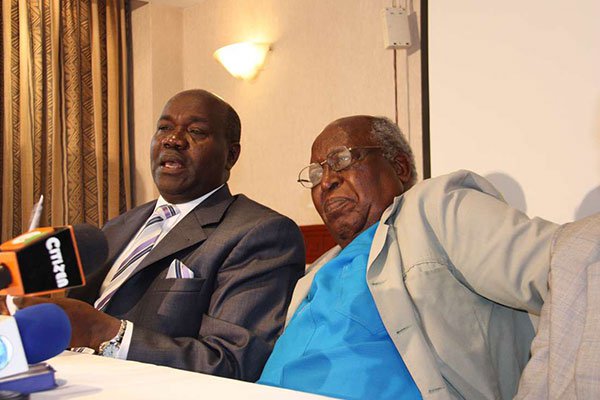 The Rev John Gatu, the ex-moderator of the Presbyterian Church of East Africa who spilled the beans on Mau Mau oaths during the Jomo Kenyatta era, is dead aged 92.

Close family and church sources on Friday confirmed to the Nation that the veteran cleric passed on at The Karen Hospital on Thursday.

He was admitted to the Nairobi hospital after suffering a heart attack on May 2 at his home.

Dr Gatu will be remembered for his candour in speaking against the excesses of previous governments, especially that of President Daniel Moi.

His niece, Chebet Karago, eulogised him as “wonderful, kind man who put his faith into action.”

“Uncle was the loving father of many including people from other churches who called him Dad. When my cousin fled the country my aunt and uncle took care of his family and when his driver died, he fostered his children,” she said.

“He lived a simple life in his two bedroom house in Karen. A person who knew his true home was elsewhere with his God.”

He was the first African general-secretary of the Presbyterian Church of East Africa and the past moderator of the 9th and 10th General Assembly.

A celebrated ecumenist, he was the founder of the Jitegemee spirit in the PCEA church.

In the 1970s, he introduced the Moratorium Debate that called for a moratorium on foreign aid to African churches to promote growth and self-reliance and this led to him being called by some in the West a “missionary hater”.

In Fan into Flame, he discuses the origin of the Christian churches in Kenya and the turmoil Kenya went through during the Mau Mau uprising of the 1950s.

He is also the author of Joyfully Christian: Truly African, among other books

He wrote many hymns, including “Ni kii wenakio utaheirwo?” He also translated into the Kikuyu language hymns such as “Do Not Pass Me By”.

The cleric studied in, among other institutions around the world, Princeton Theology College in New Jersey.

In all his travels he was always accompanied by his wife, according to his niece.

“He was the first student to take a wife to what is now St Pauls University,” she told the Nation.

Cleric who revealed secrets of Jomo oaths dies Reviewed by samrack on May 12, 2017 .