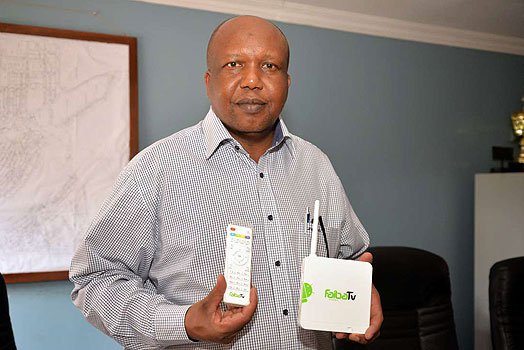 The public could lose Sh5.2 billion after the telecommunications regulator gifted a local company with a multibillion-shilling licence to operate another mobile phone service.

Already, telecom companies have written to Mr Francis Wangusi, the Communications Authority (CA) director-general, protesting the decision and questioning why the licence for the 700MHz frequency — given to Jamii Telecoms Limited — was not auctioned as is the practice.

The frequencies, which are held by the CA as a finite national resource, were freed after the digital migration and various companies had been eyeing them to roll out different services.

It is not clear why the CA board, which is chaired by Mr Ngene Gituku, approved the lucrative licence to a tier 2 company, which is required to pay a meagre Sh100,000.

Jamii Telecom, which is widely known for its Faiba brand, is associated with business magnate Joshua Chepkwony, also known as CK Joshua, who is also linked to Kass FM.

The telco has already been given a go-ahead to operate mobile phone services with prefix 0747 on what the authority says is a “trial”.

In a letter to Mr Wangusi, Mr Aldo Mareuse, the chief executive officer of Telkom Kenya, says the CA had, at a stakeholders meeting, promised to offer the 700MHz band “through a competitive auction process”, which could have earned the taxpayer billions of shillings.

In the industry, the 700MHz is considered the second digital dividend and the band following the initial freeing of the 800MHz after the digital migration.

Last year, CA awarded three trial spectrum licences in the 800MHz to the three mobile operators who hold a tier 1 licence — and each paid Sh2.5 billion. That means the taxpayer earned Sh7.5 billion.

In a letter to Mr Mareuse dated May 3, 2017, Mr Wangusi admits that the authority had, indeed, granted Jamii Telecom “LTE authorisation in the 700MHz” — which means the telco can now operate as a 4G licence holder.

“Our apprehension is heightened by the fact that these operators will be directly competing in the same LTE market we operate and might not be subjected to the same terms with regard to fees, roll-out obligations or other conditions as ourselves,” wrote Mr Mareuse.

In Kenya, tier 2 operators are required to pay only Sh100,000 for the grant of an operating licence while tier 1 operators — Safaricom, Airtel and Telkom — paid upwards of $25 million (Sh2.5 billion) for the initial licence.

Questions are now being raised on how much Jamii Telecom should pay to access the same frequencies that others got expensively.

The CA had previously faced similar controversy after it originally licensed one of the blocks within the 800MHz band exclusively to Safaricom. After the other tier 1 companies protested, the block was divided into three and they each got a chance to roll out their 4G.

Insiders say that, with a 700MHz frequency, a company can provide broadband and data services at faster speeds and more cost-effectively. It is also thought to be more efficient than the 800MHz that is being used by tier 1 companies to offer 4G mobile broadband.

The tier 2 companies are regarded as the access providers. They include Wananchi Group, which owns Zuku, and Jamii Telecom, which operates Faiba. They usually rely on the The East African Marine System (Teams), the submarine fibre-optic cable.

Already, in a letter signed by Mr Perminus Karungu, the CA has asked Safaricom to facilitate inter-connection negotiations and agreements with Jamii Telecom.

The letter says that the CA has allowed Jamii Telecom “to provide mobile cellular services … you are required to facilitate interconnection negotiations and agreements with JTL to enable end-to-end origination and termination of communication traffic between its network and all national and international destinations”.

Mr Wangusi defended this offer, saying that in the process of introducing new players, one of the CA’s “preferred methods is to offer spectrum through a combination of auction and ‘beauty contest’”.

He said the Unified Licensing Framework (ULF) currently in place “provides for upgrading of licences from one tier to another upon fulfilment of such status”.

“There is, therefore, no case for disparity, neither is there a case of undue advantage,” says Mr Wangusi in his letter, adding that, in future, “the CA may consider upgrading Jamii Telecoms licence from tier 2 to tier 1”.

Why this particular licence was not auctioned, however, is the main bone of contention.
Source: Nairobi News