Clay court: US must know Kenya is the greatest country on Earth 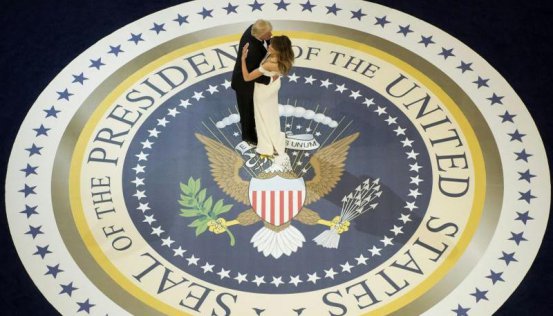 US President Donald Trump and the first lady Melania Trump dance at the Armed Services ball at the National Building museum following Donald Trump’s inauguration as the 45th President of the United States, in Washington, DC, on January 20, 2017. Photo: AFP / JimWatson

Clay court: US must know Kenya is the greatest country on Earth

There is problem with some of these Western nations, and even without echoing what Kenya’s Government Spokesperson, and the able Cabinet Secretary for Interior — both former members of Kenya’s gallant disciplined forces — said, I want to think they are barking the wrong tree. Or in manner of writing, they are barking (orders) at the wrong country.

Britain, New Zealand, Australia, Switzerland and Canada have taken their joke with Kenya too far, to the United States, which last week mustered the courage to withdraw from the IAAF World Youth Championship to be held in Nairobi on July 12-16, citing insecurity and terrorism.

Well, you can say “do not experience any more”, but even that is not the truth, the whole truth and nothing but the truth because those are things Kenya did away with thousands of years ago, and whoever cites them as a reason not to visit Kenya, which many a time I am tempted to think and rightfully so, is God’s Chosen Country (like India’s Kerala State), is stepping on Kenya’s golden toes.

Listen America. Kenya is the safest place on earth. As a matter of fact, it is a safe haven for everything, and everybody, and “insecurity and terrorism” in the same sentence with Kenya is just a figment — and if we get nasty, a pigment — of your infertile imagination which sees enemies everywhere, and anywhere even in the world’s safest places.

Hey America, did you hear what Kenya’s very able Government Spokesperson, the former police officer who knows when to mince his words and when to chop them said? “If they (the US) had concerns over insecurity or terrorism, they should have reached out to the Kenyan government. Terrorism is not a one-country problem. In any case Kenya has in the past hosted big events and never failed to secure them.”

The fact that a small nation like the US decided to withdraw from this big competition without first consulting the big Government of Kenya smacks of idiocy and it is even good that their athletes are not coming over because they could have infected Kenyans with that disease, which Kenyans discovered long time ago that has no cure.

While other countries have known that if they do not listen to Kenya most of their stuff will not go the right way, a minion like the US still wants to make decisions without consulting Kenya, the only other country that has ever given the US a president — and a good one at that.

See also: Irony of diaspora’s access to leaders when the common folks who elect them can’t

Apart from giving the US a president, Kenya gave the world the art of running, even if it means running away from problems. Kenya taught the world how medals are won, and those countries that did not follow Kenya’s lead have never excelled in sports, all manner of sports, including messing up athletes’ allowances during major international meets such as the Olympics.

And writing of the Olympics, doesn’t the US know that in the Olympics history, the two Games that were major flops did not have Kenyan participants? The number of attendants was at its lowest low, because people go to the Olympics to watch only one country, Kenya, and when Kenya boycotted the Montreal and the Moscow Games, people decided not to attend and IOC incurred heavy losses.

As a matter of fact, the US also boycotted the Moscow Games at the instigation of Kenya — and that means some years ago, the US was doing well because it used to listen to Kenya.

Ideally, it is very insulting for the US to imagine that their athletes are not safe in Kenya, yet all athletes from other countries are falling over themselves to visit Kenya and use its world-class training facilities which cannot be found anywhere else on earth.

That is more the reason Kenyans should stand with the CS for Interior who told the Daily Nation that that “their (the US) move is far-fetched and far from the truth and reality on the ground. Kenya’s security is perfect and there is no doubt about that.”

He added that the US shouldn’t speculate on security issues and challenged Americans to come up with real reasons for their withdrawal.

Now that the US has not given the real reasons, they should not blame anyone else but themselves when Kenya decides to slap them with all manner of sanctions and they start suffering because their economy and all aspects of their lives will grind to a halt.

Clay court: US must know Kenya is the greatest country on Earth Reviewed by samrack on February 13, 2017 .

Share thisFacebookTwitterPinterestEmailWhatsAppUS President Donald Trump and the first lady Melania Trump dance at the Armed Services ball at the National Building museum following Donald Trump’s inauguration as the 45th President of the United States, in Washington, DC, on January 20, 2017. Photo: AFP / JimWatson Clay court: US must know Kenya is the greatest country on