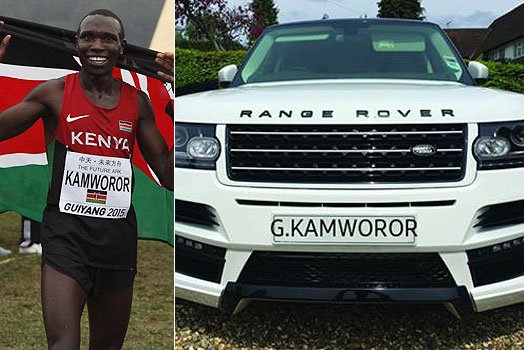 A long distance Kenyan athlete claims to have splashed millions on a new ride on Valentine’s eve.

The only dent on the big achievement is that the ‘customized number plate bearing his name’ is a poorly done Photoshop job that stretches beyond the edges.

Kamworor, who also won silver over the 10,000m distance during the World Championship in Beijing in 2015, captioned the photo; “Upto this far, I thank you Lord!!”

The 25 year-old has won half-marathons in Lille, Berlin and Cardiff.

TOP ATHLETE FLAUNTS ‘HIS’ NEW CAR THAT HAS A PHOTOSHOPPED NUMBER PLATE Reviewed by samrack on February 13, 2017 .