by samrack
in Africa, Kenya, Kenya Diaspora News, News, U.S Diaspora
A A
0

FILE - OCTOBER 23: Boeing announced on October 23, 2013 that it's third-quarter income was up 12 percent on commercial airplane sales growth. EVERETT, WASHINGTON - JUNE 13: Boeing 787 Dreamliners sit on the assembly line is pictured June 13, 2012 at the Boeing Factory in Everett, Washington. (Photo by Stephen Brashear/Getty Images)

The Johannesburg office will be headed by Miguel Santos, Managing Director for Sub-Saharan Africa, and Director for International Sales, Africa. 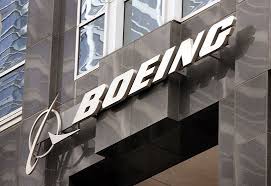 Santos says the aerospace industry needs to start paying closer attention to Africa because the continent is on the move economically.

“Africa is not new territory for Boeing. Since the introduction of the jet airplane, Boeing aircraft have formed the backbone of the continent’s commercial fleet and Boeing continues to be one of the largest US-based companies doing business on the continent,” Santos said in a statement.

Boeing says Africa would be in need of 1,150 new airplanes over the next 20 years as the most recent Current Market Outlook report predicted that air traffic to and from the continent is expected to grow by about 6.1 percent annually.

Chamsou Andjorin, the director for government affairs and market development, will be based in the Nairobi office.