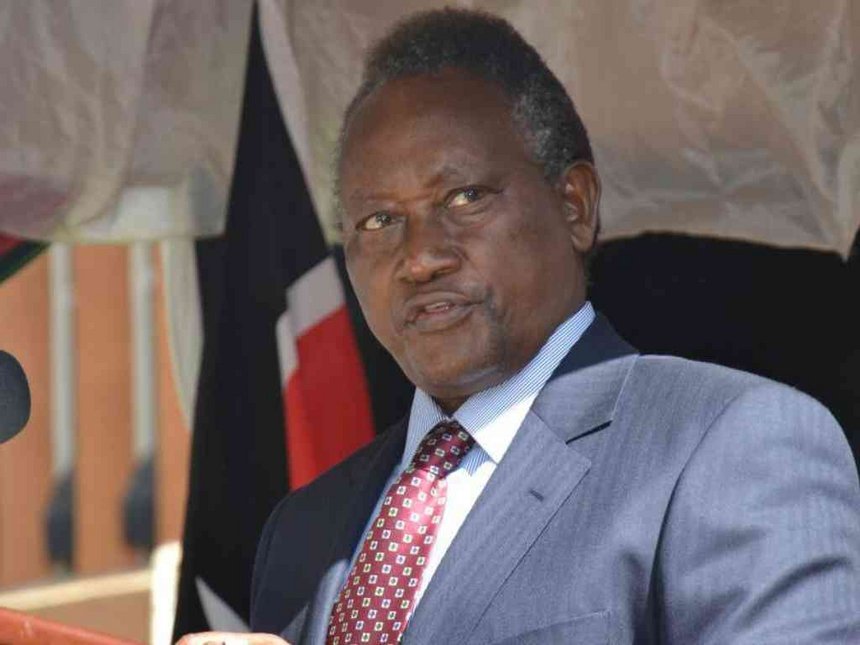 Nyeri speaker David Mwangi has written to President Uhuru Kenyatta in protest over claims that MCAs failed to pass the county’s supplementary budget.

He castigated Governor Samuel Wamathai for wrongfully accusing the ward representatives over the budget row during Nderitu Gachagua‘s burial.

The governor on Monday urged the MCAs to approve the said budget with speed or they will face the wrath of the residents for holding their money.

Wamathai said the delayed approval has affected the pace of implementation of development projects.

“The governor’s outburst was uncalled for. It is a well-calculated political gimmick to portray MCAs as uncaring, unpatriotic and selfish,” the letter states.

Mwangi said the assembly received the supplementary budget on February 22 and the same was approved on the same day for plenary discussion.

“It was approved in accordance with the Standing Orders of the Assembly. The estimates were committed to the budget and appropriations committee for consideration within 14 days,” the speaker says in the letter.

He said that on February 28, they briefed the governor on the progress on the supplementary budget.

“We reassured him of our support and that of the whole assembly. It was therefore shocking to hear him imply that the assembly had refused or delayed to approve the supplementary budget,” Mwangi said.

The speaker thanked Uhuru for showing his concern to the Nyeri people by urging the county leadership to work with the new governor.

The letter was copied to Opposition leader Raila Odinga, Governor Wamathai, and Kipchumba Murkomen – the Chairperson Senate Committee on Devolution.

Nyeri speaker castigates Wamathai in letter to Uhuru over budget standoff Reviewed by samrack on March 7, 2017 .