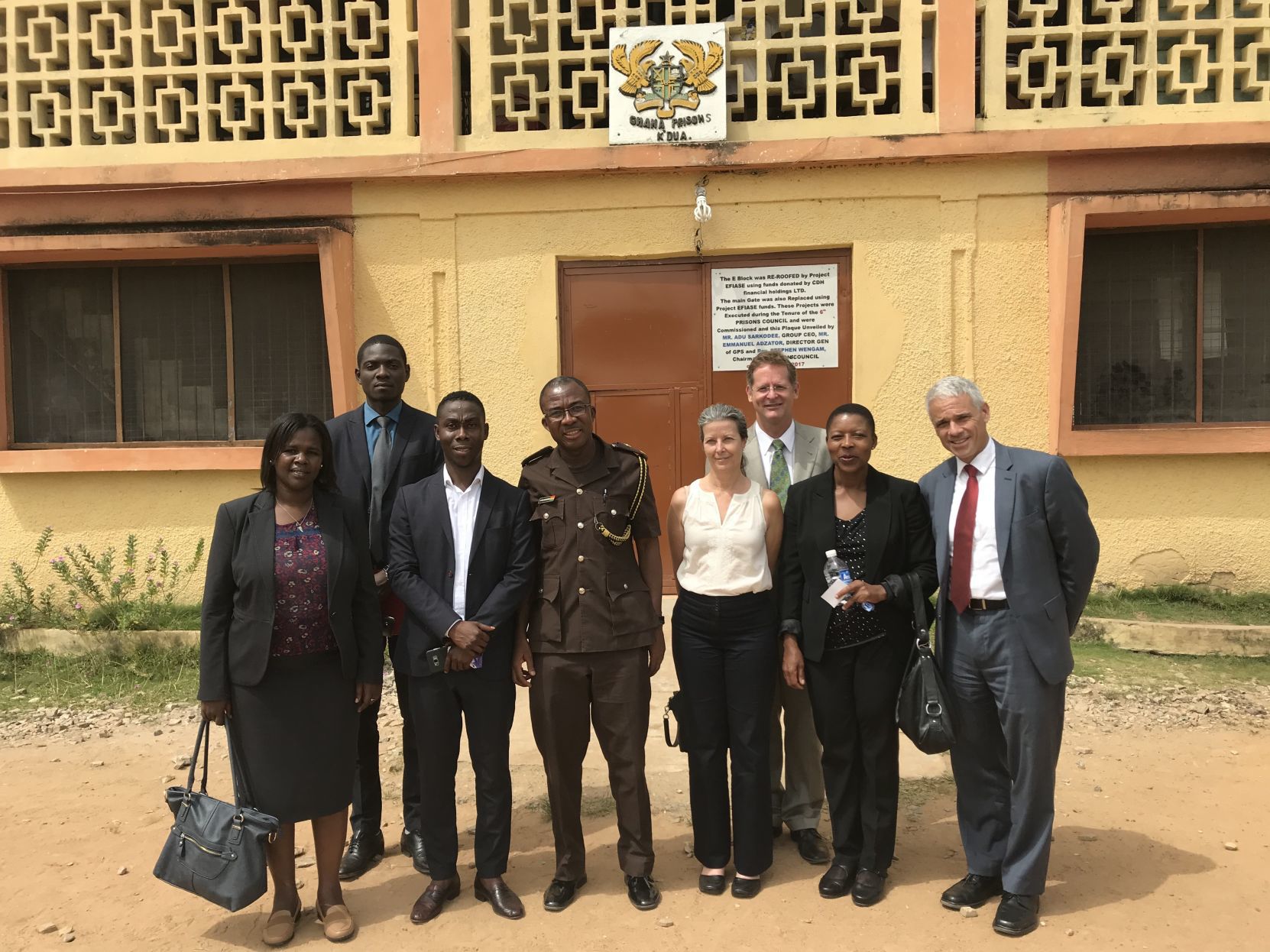 Pictured here are Robert J. Wagner (right) and to his left Dorcus Oduor, head of Kenya’s prosecution system. Also in the photo are some officials with the U.S. Department of Justice and officials from Ghana and Kenya. The photo was taken in Ghana by a Ghanian official.Courtesy of Robert J. Wagner

Primarily working out of the U.S. Embassy in Nairobi, Robert J. Wagner also traveled to other parts of the country and had some successes in spite of complications that included a disputed presidential election there and some unfortunate remarks by the U.S. president here.

“I had a wonderful time and an incredible experience in Kenya but it’s very nice to be back,” said Wagner, 57, who works at the federal courthouse on East Broad Street.

The trip was under the auspices of the U.S. Department of Justice’s Office of Overseas Prosecutorial Development Assistance and Training, which, among other things, monitors the prosecution of cases in other countries and assists with counterterrorism and other issues.

Because of inefficiencies in the justice system in Kenya many prisoners are locked up for years before their cases are heard and some wind up radicalized Islamists while behind bars.

Kenyan and U.S. officials believed providing lawyers to defendants would help move their cases through the legal system faster and decrease inmate radicalization.

Wagner worked with different parts of the Kenyan government, including the national legal aid service director and board, to help implement a public defender system.

“I spent a lot of time training criminal defense lawyers around Kenya and working with those lawyers to volunteer for court-appointed cases,” he said.

The job led to traveling to more than a dozen court stations around Kenya to observe how Kenyans conduct their courts and gauge the need for legal representation.

“I guess my foremost priority was to try to get counsel on capital cases. We made some progress with the Kenya Supreme Court,” he said.

Though the capital defendants face death sentences, no one has been executed in Kenya since 1986, said Wagner. And while he was there the Kenya supreme court found that the mandatory death penalty in Kenya is unconstitutional.

Capital crimes in Kenya include murder, treason and robbery involving violence. If the elements of a capital crime are proven beyond a reasonable doubt to a judge, then the person is sentenced to death.

A Kenyan supreme court decision in December, however, held that there needed to be an intermediary step between conviction and sentencing where a defendant can present mitigating evidence and argue for life in prison instead of the death penalty.

“In essence, the 6,000 prisoners on death row in Kenya will be entitled to a new sentencing hearing because of the Kenya Supreme Court case, known as the Muruatetu/Mwangi case,” said Wagner.

Wagner worked with lawyers whose priority was to make it a constitutional right for defendants to be represented in capital cases. “There are a couple of cases before the Kenya supreme court where that issue is being advanced,” he said.

Wagner said he spent a lot of time in prisons there. “They are underfunded and overcrowded but the relationship between the prisoners and the guards is really extraordinary,” he said.

The aim is to help the prisoners represent themselves. “Self-representation is critical there because there aren’t enough attorneys,” he said.

While in Kenya, Wagner was instrumental in helping implement a program similar to one in Ghana that brings courtrooms into the prisons and provides a speedier resolution to the prisoners’ cases.

He led a group of Kenyans to Ghana including the head of Kenya’s prosecutors’ system, Dorcus Oduor. “She took it upon herself to implement the program in Kenya,” he said.

There was a presidential election in Kenya last August that international observers, including the U.S., declared free and fair. However, the Kenyan supreme court later said there were serious problems and ordered a new election in October.

The challenger to the incumbent withdrew from the race alleging there were insufficient protections to ensure a fair election. The incumbent then won by a wide margin and the challenger declared himself to be “the people’s president.”READ MORE

Pictured here are Robert J. Wagner (right) and to his left Dorcus Oduor, head of Kenya’s prosecution system. Also in the photo are some officials with the U.S. Department of Justice and officials from Ghana and Kenya. The photo was taken in Ghana by a Ghanian official.Courtesy of Robert J. Wagner Attorney returns to Richmond